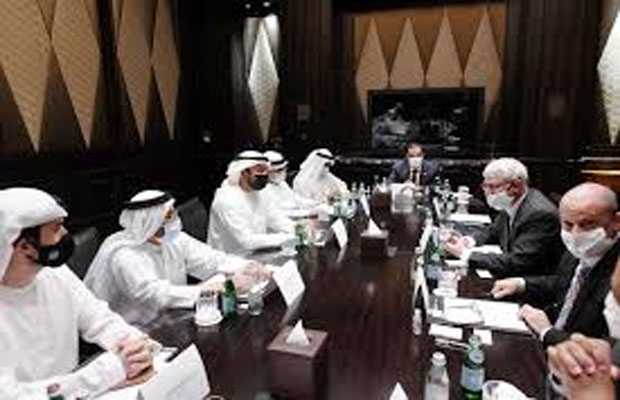 Israel has signed its first formal agreement with the United Arab Emirates after the two countries normalize the ties and expecting more deals on various fields including trade, tourism and technology, it has announced on Tuesday.

The development came a day after Israeli and American delegations visited UAE on the first flight direct from Tel Aviv, the delegations left the UAE later Tuesday.

The agreement signed involved a memorandum of understanding in banking that will see a joint committee set up to advance cooperation in finances and investments, lowering financial impediments to making investments between the countries, and promoting joint investments in the capital markets.

The two countries are also planning on advancing cooperation in payment regulations and establish special working groups to look into joint investments, according to the Prime Minister’s Office.

Israel’s Prime Minister Benjamin Netanyahu welcomed the agreement and said it will help to advance “mutual investments and widespread cooperation.”

“We will soon announce additional agreements in aviation, tourism, trade and others,” he added.

The two countries announced a US-brokered normalization pact over two weeks ago that becoming the third Arab country to sign a peace agreement with Israel, after Egypt and Jordan.

Over the weekend, the UAE  formally ended its economic boycott of Israel, in place since 1972, after UAE President  and the ruler of Abu Dhabi, Sheikh Khalifa bin Zayed Al Nahyan, signed an official decree which allows Israeli and Emirati companies and organizations to openly build ties in business, finance, tourism, tech, research, energy, and academia.