Karachi: Sindh govt. bans pillion riding in the metropolis for a month

A notification issued by the home department stated that the ban has been imposed in view of deteriorating law and order situation in the city. 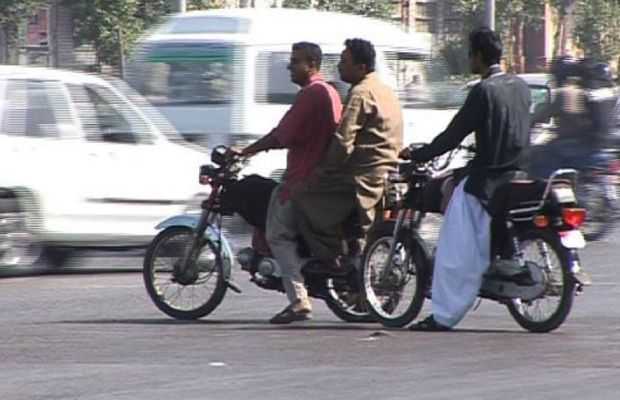 Sindh government has banned pillion riding in the metropolis for a month.

An official notification in this regard has been issued by the Sindh Home Department on Sunday.

“The additional inspector general of police in Karachi has conveyed that there are some reports that miscreants and disgruntled elements may disturb the peace and create law and order problem in Karachi,” read the notification.

It added further added that miscreants may carry out target killings and the ban was also imposed as “very recently a few incidents of hand grenade lobbing and targeted killings of personnel of law enforcing and religious scholars have been reported in the city”.
The decission to impose ban on pillion riding in Karachi comea a day after the assacination of  prominent religious scholar Maulana Adil Khan and his driver.
tweet
Share on FacebookShare on TwitterShare on PinterestShare on Reddit
Saman SiddiquiOctober 11, 2020
the authorSaman Siddiqui
Saman Siddiqui, A freelance journalist with a Master’s Degree in Mass Communication and MS in Peace and Conflict Studies. Associated with the media industry since 2006. Experience in various capacities including Program Host, Researcher, News Producer, Documentary Making, Voice Over, Content Writing Copy Editing, and Blogging, and currently associated with OyeYeah since 2018, working as an Editor.
All posts bySaman Siddiqui