Kuala Lampur Summit 2019: Leaders call for use of alternative currency among Muslim countries against US Dollar

Iran's President Rouhani presented the view that Muslim nations should come up with its own cryptocurrency. 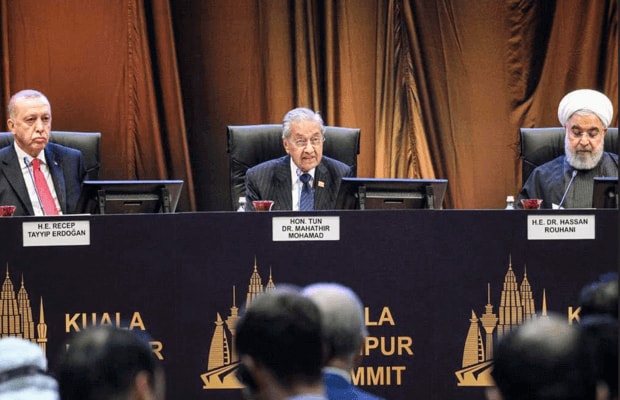 Muslim leaders at the ongoing Kuala Lampur Summit 2019 have called for the use of an alternative currency among the Muslim countries against US Dollar.

“Instead of doing trade using foreign currency, we would like to trade with our own national currencies. Financial markets are fragile to shocks and manipulation. To avoid this, we should try to create new transaction systems, said Turkish President Recep Tayyib Erdogan, quoted the Malay Mail.

“As trade war is a problem today, issues on trade must take priority. We have to make Islamic finance part of our agenda and Malaysia has already started pioneering the role of having alternative Islamic finance,” he said.

Furthermore, Iran’s President Rouhani presented the view that Muslim nations should come up with its own cryptocurrency.

“With new blockchain technology, we would be able to introduce a united cryptocurrency to Muslim states with the cooperation of our central banks. In the past, Dr. Mahathir had wanted to introduce the Islamic dinar. With such technology underway, we can set up a new currency for the Muslim world. The benefit of cryptocurrency is that it can cut through bureaucratic and market fluctuations,” said Irani President.

He added that utilizing cryptocurrency or national currency for trade among Muslim nations would help attain independence from over-reliance on the US dollar.

On the other hand, The Organisation of Islamic Cooperation (OIC) on Thursday mounted a veiled attack on a Muslim summit in Malaysia shunned by Saudi Arabia, saying such gatherings would weaken Islam.

Leaders of Muslim countries, including Turkey and Qatar, attended the summit in Kuala Lumpur, which analysts say is aimed at rivaling the OIC, a 57-member pan-Islamic body headquartered in the Saudi city of Jeddah. 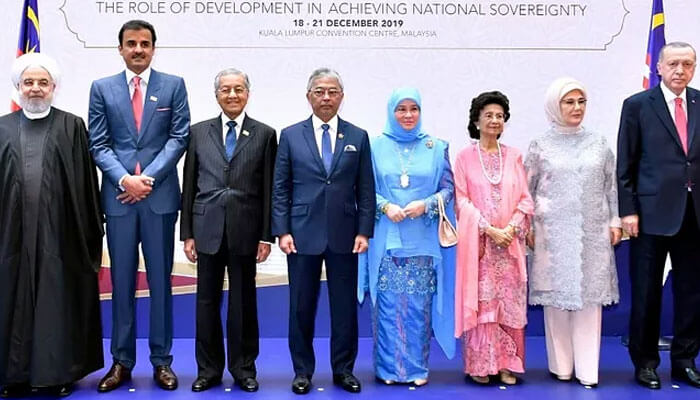 However, Malaysian Prime Minister Mahathir Mohamad dismissed those concerns in a phone call with Saudi Arabia’s King Salman, insisting the summit was not intended to create a new bloc.

Reportedly, Imran Khan canceled the Malaysia summit under Saudi diplomatic pressure. According to media reports, Saudi Arabia has not been extended an invitation to attend the Kuala Lumpur Summit.