He has been charged for Intentionally Encouraging or Assisting Offences, Contrary to Section 44 of the Serious Crime Act 2007. 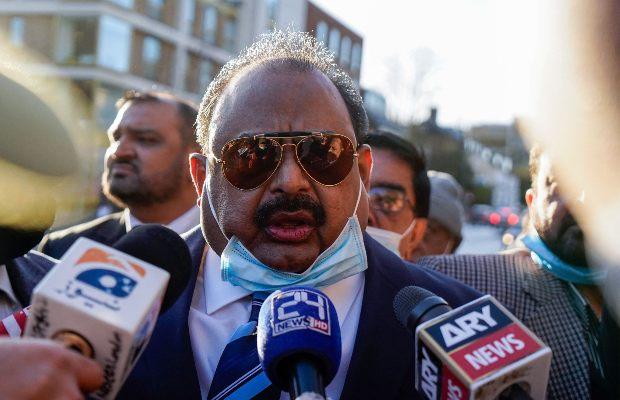 MQM Founder Altaf Hussain has been acquitted in the ‘encouraging terrorism’ case in London.

As being reported, the verdict was reached by a majority decision in London on Tuesday.

The jury at Kingston-upon-Thames crown court announces the verdict with a majority vote, 10 out of 12, in Altaf Hussain’s favour.

Read more: Altaf Hussain charged in incitement to violence case in the UK

Prosecution lawyers played jurors guttural over-the-phone broadcasts made by 68-year-old Hussain on Aug. 22, 2016, where he was accused of urging a crowd of hunger strikers in Karachi to ransack media houses and storm the local headquarters of a military unit.

The prosecutor said that the two TV studios were soon after attacked and taken off the air, while police officers were assaulted and injured, prosecutors said, adding,  one person was killed in the violence.

Furthermore,  Rupert Bowers, a defense lawyer, sought to cast doubt over whether Hussain meant for his words to be taken literally that day.

He urged jurors to judge the case “by the yardstick of Pakistan” and its “endemic violence.”

“Mr. Hussain did nothing other than he has always done in trying to represent an oppressed part of the population while organizing what is axiomatically a peaceful protest by way of hunger strike,” Bowers said in his summing comments.

“If violence ensued in the latter part of that day he’s regretful of that — he’s not a terrorist,” he added.

Altaf Hussain had been charged with two counts of encouraging terrorism contrary to section 1(2) of the Terrorism Act 2006.

He hasd been charged for Intentionally Encouraging or Assisting Offences, Contrary to Section 44 of the Serious Crime Act 2007.