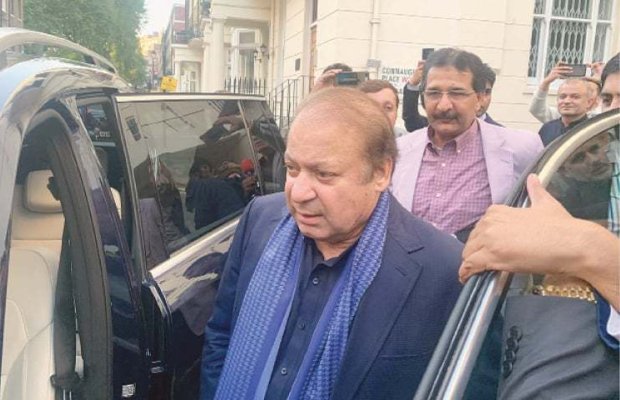 Nawaz Sharif who is sitting in London gets a Covid-19 vaccine shot in Lahore hospital as per data!

According to the NCOC record, the PML-N supremo was administered the Chinese vaccine, SinoVac on September 22, despite the fact that he has been in London since November 2019.

Sources said the jab was administered on the Identity Card of Nawaz Sharif at Kot Khwaja Saeed Hospital.

Following the revelation, Two data entry operators are reported to have been put under suspension on Thursday after the Nadra portal showed former prime minister Nawaz Sharif to have received a Covid-19 shot at a Lahore vaccination centre.

The Khwaja Saeed Hospital’s medical superintendent (MS) suspended Abul Hassan and Adil Rafiq after the vaccination centre set up at the health facility registered a Covid-19 vaccine on the computerised identity card of the PML-N supremo.

The committee will present its report within the next 24 hours.