The apex court ruled that President Dr. Arif Alvi's decision to dissolve the National Assembly was "illegal" and restored Prime Minister Imran Khan and his cabinet as well. 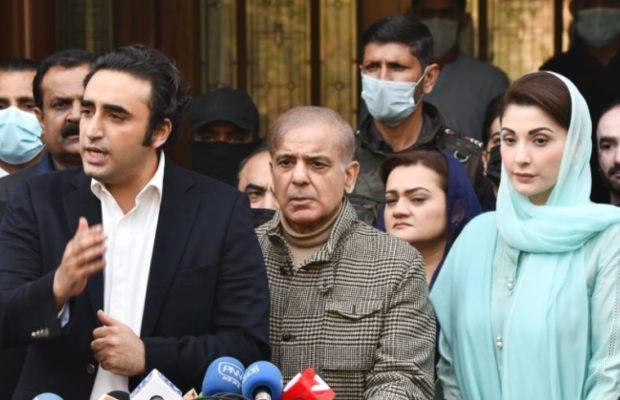 The apex court has ordered National Assembly Speaker Asad Qasier to summon the session on Saturday (April 9) at 10 am to allow the vote on the no-confidence motion against prime minister Imran Khan.

The apex court ruled that President Dr. Arif Alvi’s decision to dissolve the National Assembly was “illegal” and restored Prime Minister Imran Khan and his cabinet as well.

“I congratulate the nation as the supremacy of the Constitution has been restored,” she wrote.

“Those who had violated the Constitution are done away with. May Allah keep Pakistan shining.

She also hailed her uncle, PML-N President Shahbaz Sharif, and wrote that he would be the next premier.

Meanwhile, the Opposition Leader in the National Assembly Shahbaz Sharif talking to a news channel congratulated the nation and said the SC’s decision was in line with the expectations of the masses.

Shahbaz Sharif thanked the top court for its unanimous decision to strengthen the parliament and its sovereignty.

“We will now fight the battles of economy and politics for the people,” he added.