“Any channel that violates the directions would face legal action,” PEMRA notified

According to the details, PEMRA has also directed all channels to not broadcast live speeches of any of the participants in the PTI’s long march.

Furthermore, the regulatory authority has directed the TV channels not to broadcast any derogatory remarks against institutions.

“Despite warnings, many channels are not installing transmission delaying mechanisms. Anti-institution statements were telecasted today morning, which is a violation of court rulings,” the notification issued on OCT 28 added.

PEMRA said while monitoring today’s transmission, it was observed during a speech “statements against state institutions were aired live” in violation of the code of conduct and court orders.

PEMRA has directed television channels to refrain from “airing content that [is] tantamount to malign/ disgrace state institutions (advertently or inadvertently) and to sensitize their editorial boards, directors (new and programming), bureaus and field reporters” to comply with these directives. 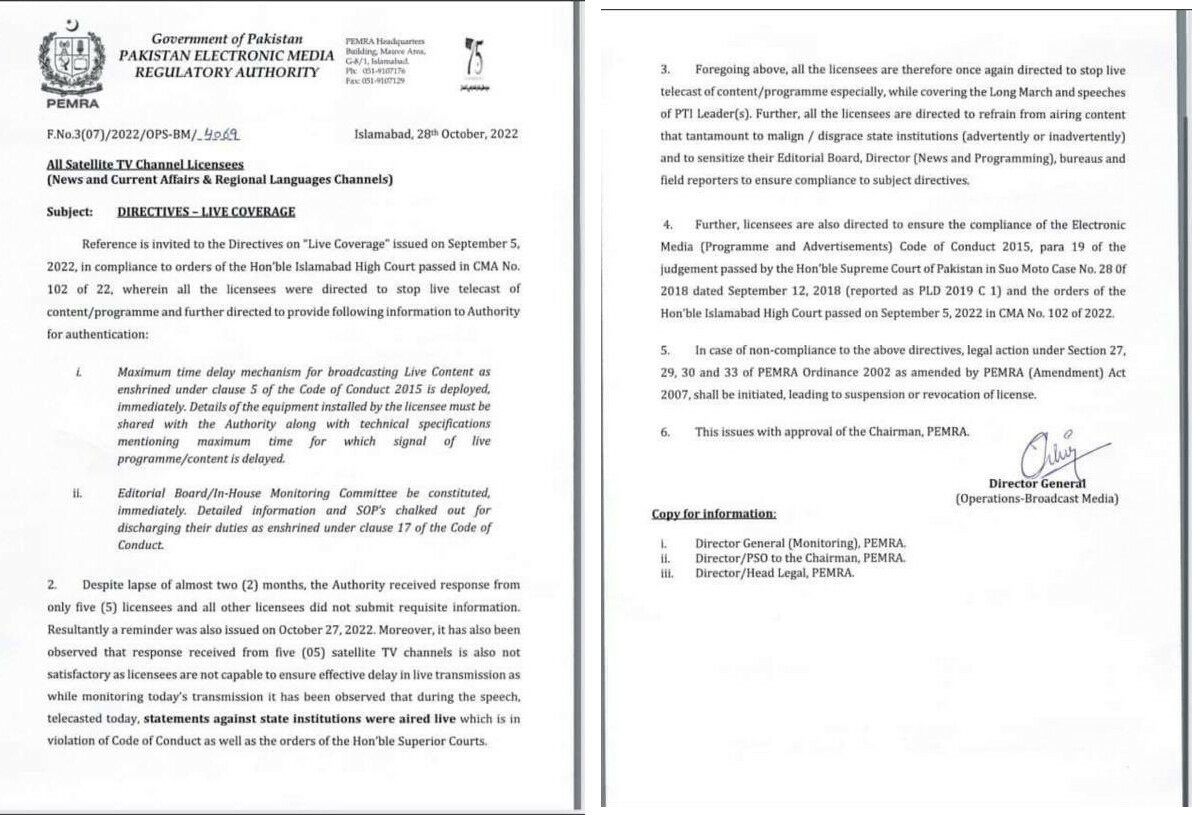 PTI’s Long March kicked off from Liberty Chowk, Lahore after facing some delays on Friday evening.

The march is expected to enter Islamabad on November 4.

This is the second such march by PTI Chief Imran Khan this year.

The first was on May 25 and fizzled out after PTI reached the Red Zone.