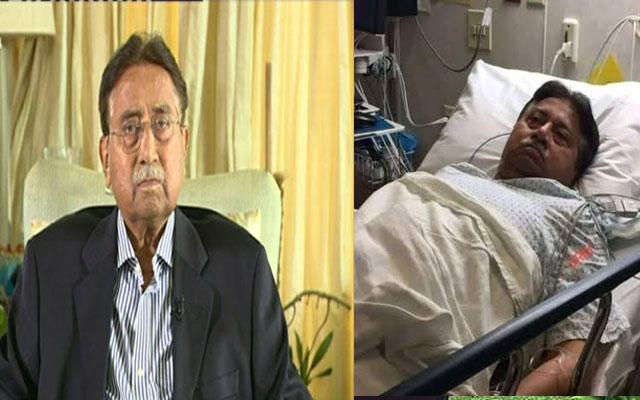 Former president General (retd) Pervez Musharraf was reportedly unwell and was subsequently shifted to hospital in Dubai on Monday after he developed “heart- and blood pressure-related” complications, according to media reports.

As per reports, Pervez Musharraf has been shifted to Dubai American Hospital. Media reports said that Musharraf has been restricted from meeting or talking to anyone. However, the ex- president has recorded a video statement about his health which is doing rounds on social media.

In his video message, Pervez Musharraf said, “My lawyer, Salman Safdar is not even being heard in the court. In my views, it seems that justice is not being served and they are exceeding the limits in my case”.

“The commission that has been formed to investigate and report the matter, should come here and listen to the matter,” he added.

The ex- president further said, “I am ready to give my statements, then they could see how worse my health is now and the court should listen to the commission as well as my lawyer before taking a decision”.

Pervez Musharraf was booked in the treason case in December 2013 and was indicted for high treason by a special court in March 2014. The lawyer of the former president during the hearing of the case had said that his client is having severe health issues and will return to the country when he will feel good and doctors advised him to travel.

The special court in a November 19 decision had reserved the verdict in the case which was scheduled to be announced on November 28.

The high court bench headed by Chief Justice Athar Minallah ruled that the special court should hear the stance of former president Musharraf in the case before announcing the verdict.

The former president is accused of treason under Article 6 for suspending subverting and abrogating the Constitution imposing an emergency in the country in November 2007 and detaining judges of the superior courts. The indictment also included the deposition of superior court judges and the suspension of fundamental rights among the list of charges.