Task forces both at the national and provincial levels to ensure implementation of family planning programs has been established by the government. 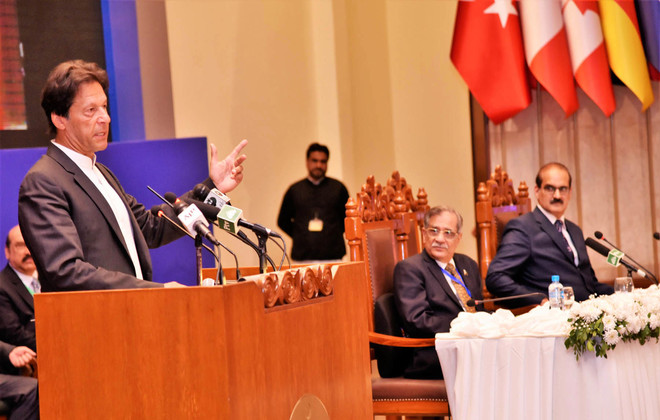 Prime Minister Imran Khan urges religious scholars and media to create awareness about family planning. He has also announced to launch a comprehensive campaign to check the population growth.

PM shared his thoughts while addressing the concluding session of one-day national symposium on ‘Alarming Growth in Population in Pakistan: Call for Action’ in Islamabad organized by the Law and Justice Commission of Pakistan, on Wednesday.

The Prime Minister said under the campaign family planning and environment protection will be made part of curriculum.

He said on the pattern of Bangladesh and Iran, religious scholars will also be taken on board besides the media to raise awareness amongst the people about family planning.

Voicing concerns over the rapid increase in population, the Prime Minister specially thanked the Chief Justice of Pakistan for taking the initiative on this serious issue.

He said that task forces both at the national and provincial levels to ensure implementation of family planning programs has been established by the government. He said we are working in coordination with the provinces on the issue of population.

PM regretted the issue was neglected in the past and every segment of the society will have to take the ownership of the campaign on population control in order to make it successful. He said latest technology including social media will be used to disseminate information about family planning methods.

He also said that the visionary leaders think ahead of times and unfortunately the leadership in the last three decades did not vision or plan anything for development of the country. He said short term planning does not bear fruit, and only long term planning is a recipe to success.