More than 700 candidates from 32 political and religious parties contested for the 45 seats in legislative assembly. 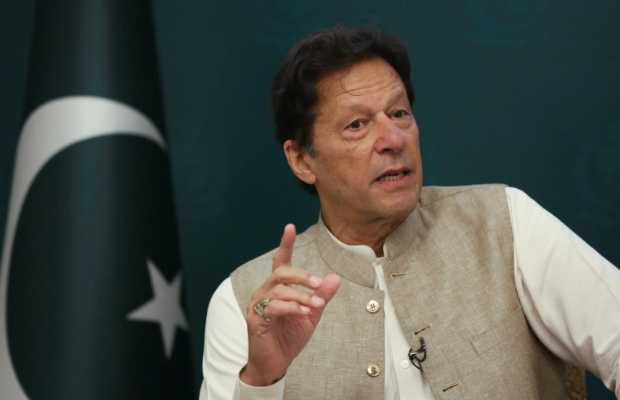 Prime Minister Imran Khan has thanked the people of Azad Jammu and Kashmir (AJK) for voting for his party PTI in Sunday’s election.

According to unofficial results, Pakistan Tehreek-e-Insaf has clinched at least 25 out of 45 general seats of the legislative assembly.

“I want to thank the ppl [people] of AJK for placing their trust in the PTI through their votes which resulted in its electoral victory,” the premier said in a tweet.

“We will focus on bringing the ppl out of poverty through our Ehsaas & Kamyab Pakistan progs; & establish accountability & transparency in govt,” he added.


“I want to congratulate all our successful candidates. As an ambassador for Kashmir, I will continue to raise my voice on all international forums incl the UN to ensure the int community fulfills its commitment of self-determination to the Kashmiri ppl through an UN-sponsored plebiscite,” PM said in his next tweet.


I want to congratulate all our successful candidates. As ambassador for Kashmir I will continue to raise my voice on all international forums incl UN to ensure the int community fulfills its commitment of self determination to the Kashmiri ppl through a UN-sponsored plebiscite.

According to unofficial results, Peoples Party (PPP) came in second with 11 seats while the Pakistan Muslim League-Nawaz (PML-N) bagged six seats in the elections.

As being reported, the turnout for elections was recorded at around 62%.

More than 700 candidates from 32 political and religious parties contested for the 45 seats.