Pervez Musharraf has been residing in Dubai since 2016. 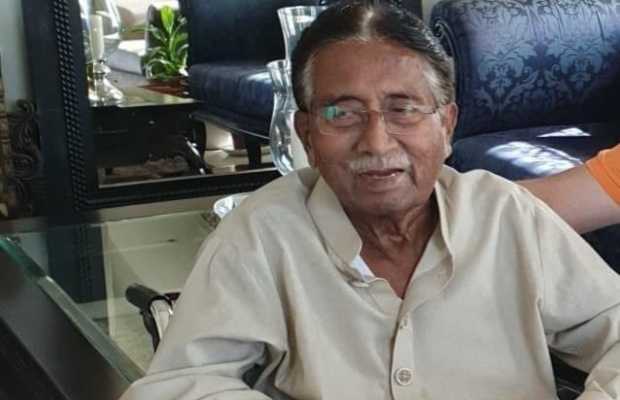 All Pakistan Muslim League in the latest post on social media has requested prayers for former president Pervez Musharraf’s health.

Pervez Musharraf a retired four-star general (founder of All Pakistan Muslim League) who became the tenth president of Pakistan after the successful military takeover has been residing in Dubai since 2016.

Responding to the tweet, Federal Science Minister Fawad Chaudhry shared the photo of Musharraf and said, “Wishing you best of health Mr. President good to see you smiling you have fought for Pakistan all your life prayers and best wishes.”

Wishing you best of health Mr President good to see you smiling you have fought for Pakistan all your life prayers and best wishes…. ⁦@P_Musharraf⁩ pic.twitter.com/zUk6JiNgim

Pervez Musharraf was booked in the treason case in December 2013 and was indicted for high treason by a special court in March 2014.

On 17 December 2019, the court had sentenced Gen Rtd. Musharraf to death for imposing a state of emergency on November 3, 2007, adding that it had found him guilty of high treason by Article 6 of the Constitution of Pakistan.