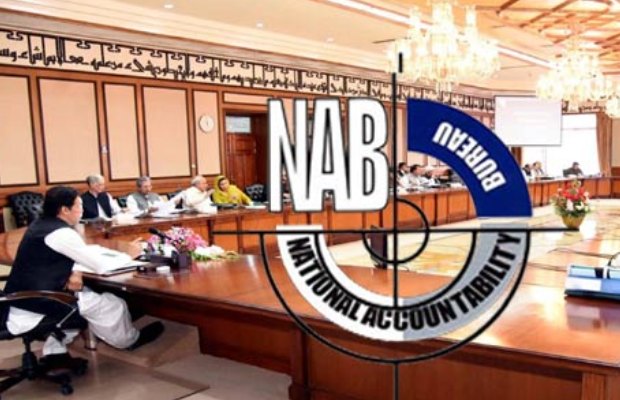 As per the draft of the ordinance, the judges of accountability courts will be appointed for three years.

The new NAB chairman will be appointed for a period of four years and his term may be extended, as per the amended ordinance.

The president will have the power to set up as many accountability courts as he wants.

The President will consult the Prime Minister and the Leader of the Opposition for the appointment of Chairman NAB.

Moreover, the President will appoint the judges of the NAB courts after consultation with the chief justices of the high courts.

Earlier, the federal cabinet approved the draft of the amended NAB Ordinance.

The cabinet approved the draft of the new ordinance under the circulation summary.

The prime minister sent the draft of the NAB Ordinance to the President for promulgation.

According to the ordinance draft, the NAB will no longer be allowed to interfere in tax matters.

Senator Saleem Mandviwalla said that the federal ministers had come up with strange logic regarding the appointment of the new NAB chairman.

He added that the federal ministers were unaware of the parliamentary tradition as well as the law regarding the appointment of the NAB Chairman.

PDM spokesman Hafiz Hamdullah said that saying no to consultation with the Leader of the Opposition on the appointment of Chairman NAB is a violation of the Constitution.

He posed the question, “Who is right and who is wrong?”

“It is unreasonable to issue an amendment ordinance to retain the chairman NAB despite the National Assembly session”, Hamdullah added.

Furthermore, Hamdullah said, “The heads of institutions and agencies are becoming more and more controversial with the ordinance.”

Hamdullah slammed Fawad Chaudhry and asked, “whether or not there are sugar, flour, medicine, and petrol mafia in the cabinet of your leader Imran Khan or not?”

He further asked, “Don’t the inquiries are going against the government ministers in NAB”?

He said that “Imran Khan himself had repeatedly confessed that taking a U-turn is a symbol of a great leader.”

PML-N leader Rana Sanaullah while speaking at Geo News programme Aaj Shahzeb Khanzada Ke Saath, said that the party has decided to protest against the NAB ordinance but it is divided on how to challenge it.