The section has been imposed for three weeks in Punjab 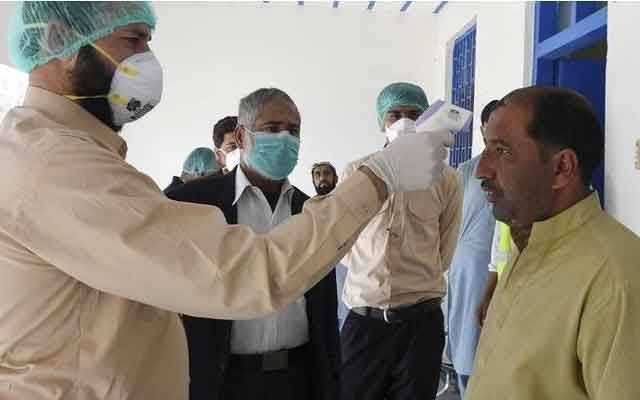 Government of Punjab on Sunday has imposed section 144 in the province to control the spread of novel coronavirus, local media reported.

“The section has been imposed for three weeks in Punjab to tackle the spread of the infection. All educational institutions in the province will remain closed and the teaching staff will also not be permitted to enter schools, colleges and universities,” said chief secretary.

“Public parks, zoos and picnic points have also been closed for the public,” he added.

On a global scale, more than 5,800 people have died and more than 156,000 have been infected by COVID-19 as the pathogen spreads swiftly all over in world.

According to WHO, the “epicentre” of the outbreak has now shifted to Europe, recording a steep rise in new cases.

The number of confirmed cases of coronavirus soared to 51 in Pakistan after 18 new cases of novel coronavirus were reported in the country on Sunday.

As per the details 13 new cases have been reported in Sukkur, while 4 cases from Karachi increasing the provincial tally of the global pandemic to 17 on Sunday while 1 new case surfaced in Islamabad.

The 13 new cases reported in Sukkur were recently arrived from Taftan, reports Sindh health department adding that the total number of cases in the province jumped to 34 out of which two patients have been recovered and sent home while 32 are under treatment and have been provided with quarantine facility.

The husband of the woman who had been admitted to Pakistan Institute of Medical Sciences (PIMS) on Saturday after screening has also tested positive for the deadly virus.

“The couple has been kept in separate isolation wards,” PIMS officials reported.

PIMS officials told the media that the number of patients under treatment at the healthcare is now four.