The teams of Pakistan Army and Navy visited Dadu, Jhal Magsi along with medical and engineering teams to assist the civil administration to rescue stranded people to safer places. 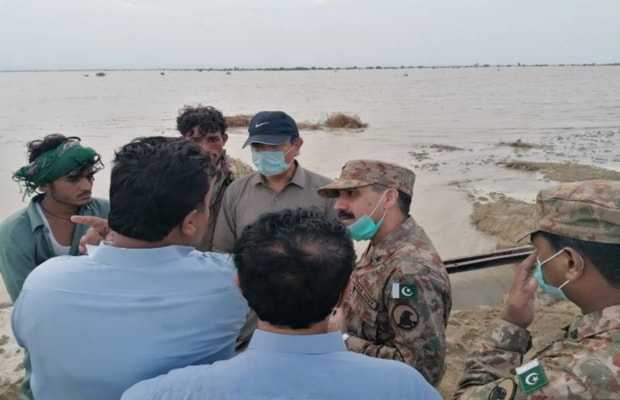 As the current monsoon spell continues, Torrential rains on Saturday wreaked havoc in parts of Sindh and Balochistan.

In Sindh, many villages and standing, crops over a vast area were effected in Kachho, Dadu district of Sindh after the Nai Gaj river burst its banks following heavy rains.

The Inter-Services Public Relations (ISPR) in a statement said that recent rains and hill torrents caused damage to Nai Gaj river, breaching the flood protection embankment. Because of the hill torrents and the breach of the embankment, 12 villages were affected.

As reported, the situation in Kachho aggravated Saturday morning when heavy rain and water from different streams and hill torrents in the district, as well as the neighbouring Khuzdar and other areas of Kalat division in Balochistan, flooded the Nai Gaj river.