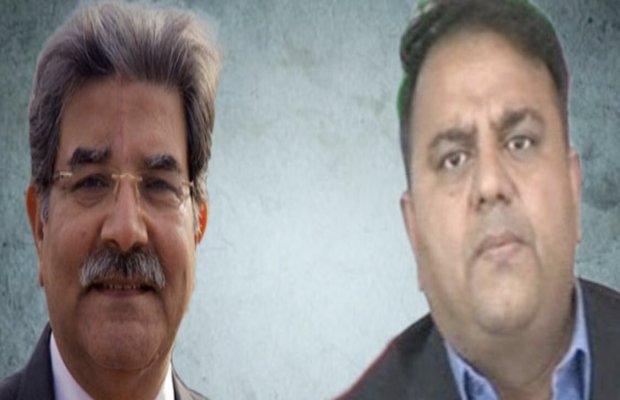 Federal Minister for Science and Technology Fawad Chaudhry slapped senior anchorperson Sami Ibrahim at a wedding ceremony in Faisalabad on Friday night, reportedly the two were in an argument which ended up in this situation.

As being reported, Sami Ibrahim has lodged FIR application against Fawad Chaudhry at the MansoorAbabad police station, Faisalabad. 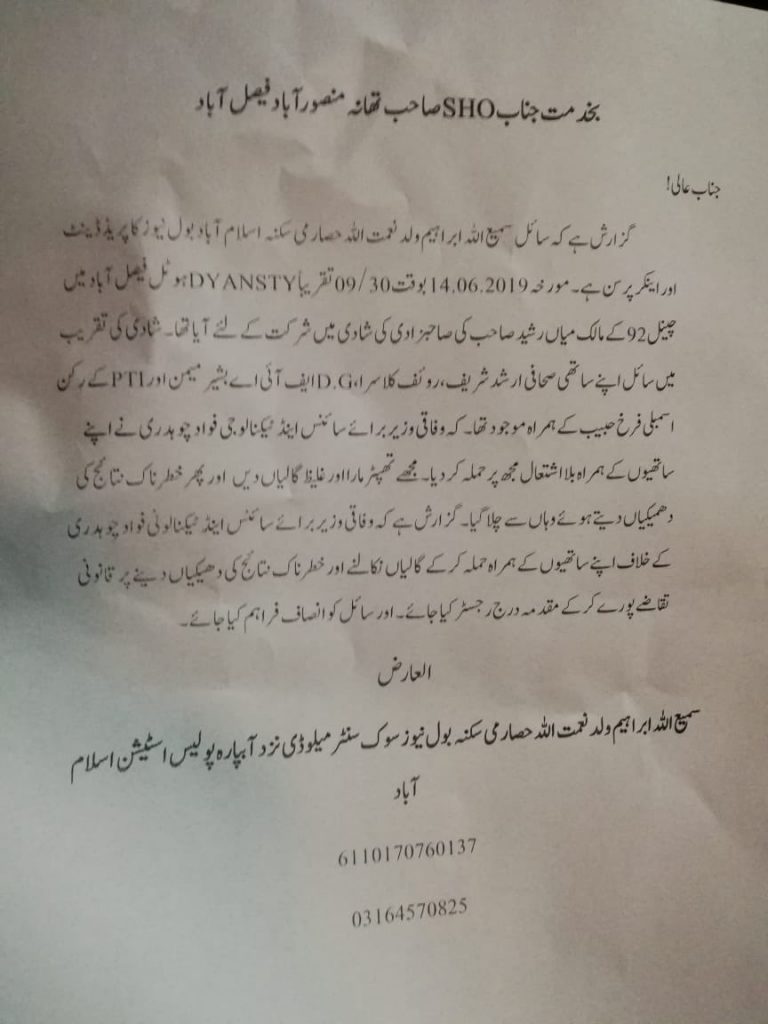 It was earlier on Friday when Fawad Chaudhry tweeted that he has initiated criminal proceedings against the senior anchorperson and he will teach him a lesson in accordance with the law.

Senior anchorperson alleged that a group within PTI is conspiring against PM Imran Khan and that the Federal Minister for Science and Technology Fawad Chaudhry is also part of the said group.

However, the two met at a wedding function in Faisalabad, they had a bitter argument, which led to the minister slapping him on the face.

tweet
Share on FacebookShare on TwitterShare on PinterestShare on Reddit
Saman SiddiquiJune 15, 2019
the authorSaman Siddiqui
Saman Siddiqui, A freelance journalist with a Master’s Degree in Mass Communication and MS in Peace and Conflict Studies. Associated with the media industry since 2006. Experience in various capacities including Program Host, Researcher, News Producer, Documentary Making, Voice Over, Content Writing Copy Editing, and Blogging, and currently associated with OyeYeah since 2018, working as an Editor.
All posts bySaman Siddiqui