"I am shattered to hear the sad news. Will never be able to forget his fatherly affection and love. Huge, huge loss," said Maryam Nawaz. 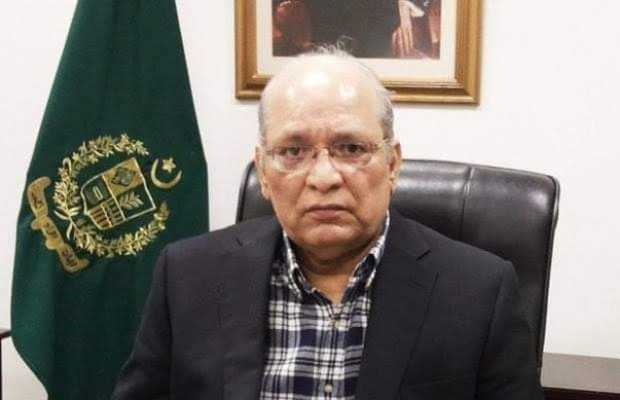 Senator Mushahidullah Khan, the veteran politician and senior PML-N leader passed away at the age of 68 on Thursday after a prolonged illness.

Muhammad Zubair, spokesperson for PML-N confirmed the news of his death on early Thursday morning.

According to family sources, his funeral prayers will be offered after Zuhr’s prayers in Sector H-11, Islamabad.

The senior PML-N leader was the chairperson of the Senate Standing Committee on Aviation, as well as a member of the Council of Chairpersons and various other standing committees.

An outspoken and aggressive PML-N loyalist, Mushahidullah was first appointed party information secretary and later made a senator in 2009. He also served as PML-N spokesperson for many years.

PML-N Vice President Maryam Nawaz, in a tweet, prayed tribute to the senator’s services, calling him the “loyal and exceptional companion” of former premier Nawaz Sharif.

“I am shattered to hear the sad news. Will never be able to forget his fatherly affection and love. A huge, huge loss,” she said in her tweet.

Senator Mushahidullah Khan, MNS’s loyal and exceptional companion left us. I am shattered to hear the sad news. Will never be able to forget his fatherly affection & love. Huge huge loss. May Allah SWT shower upon him every blessing that HE has reserved for the afterlife. Ameen.

On Mushahidullah Khan’s demise, tributes and condolence messages are being shared on social media.

Deeply saddened to know about the death of Senator Mushahidullah Khan sb, it’s a huge loss. Our heartfelt condolences goes with his family and all PMLN workers, may his soul rest in peace. https://t.co/06Kr0uazIC

We are saddened to hear about the demise of Senator #MushahidullahKhan, a seasoned politician and senior leader of PMLN. Please pray for him and his family. pic.twitter.com/4eCj045TNH

Saddened at the demise of Senator
#MushahidullahKhan

My condolences and prayers are with his family

Deeply hurt to learn about demise of Senator #MushahidullahKhan. May Allah almighty bless the departed soul in Jannah and give courage to the bereaved family to bear the irreparable loss with equanimity. Aameen pic.twitter.com/zIsFiBlb48