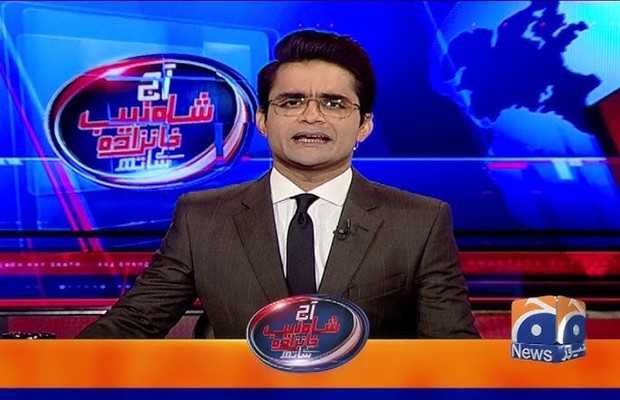 In his late-night news program on January 21, Geo News anchorperson Shahzeb Khanzada had claimed that Pakistan Tehreek e Insaf’s senior member Jahangir Tareen has a role in the sugar price hike and the current shortage in the country.

As a response to the said allegations, Jahangir Tareen sent an Rs1 billion defamation notice to anchorperson and his team on January 25.

The notice stated that “the show implied that the PTI member is sugar mafia and was collusively involved or complicit in causing artificial inflation of refined sugar across the country,” reported Dawn News.

Dawn further quoted the notice, “Tareen’s interest in the sugar industry was obstructing the due regulation of sugar mills and the price of sugar by authorities.”

The Rs1 billion notice further demanded Shahzeb Khanzada to issue a public apology and statement to rectify the earlier program.

However, despite the defamation case against himself and fellow anchor Waseem Badami, Shahzeb Khanzada refused to back down from his claims and denied the PTI member’s allegations.

“In his notice, Tareen has maintained that we did not bother to reach out to him or to invite him on the show to get his comments on the hike in sugar prices,” said Khanzada in his recent show.

“Any time we do a show, we make it a point to reach out to the person or department in question so that we can get their views. We asked Tareen to come on the show multiple times and sent questions and messages to his assistant and his staff members,” he added.

Khanzada stated the albeit he will be answering Tareen’s case in the court, he found it necessary to answer the allegations on his show.