Pakistani fast bowler has been rumored to have feelings for Bollywood starlet Sonali Bandre... 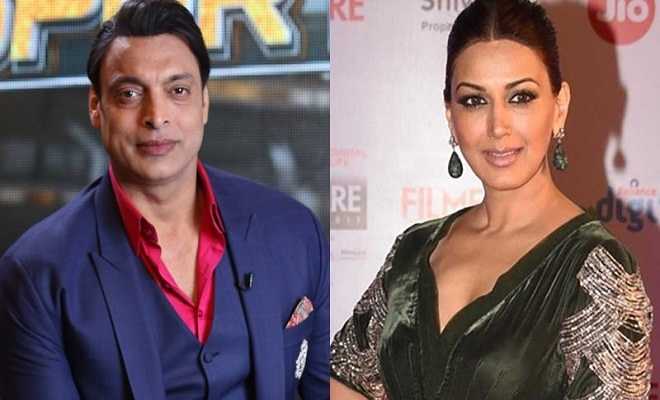 Former Pakistani fast bowler Shoaib Akhtar has been the center of attention in Indian media since a few days.

The 43-year-old ‘Rawalpindi express’ has been rumored to have feelings for the ‘Kal Ho Na Ho’ star Sonali Bendre.

It all started on 13th June when International business times (IBT) published a story about Akhtar having completely fallen for Bandre. According to reports;

“Shoaib Akhtar has been a dreaded bowler all over the world but this man had a weak spot for Sonali Bendre,” reads the headline on an Indian media.

The rumors went as far as claiming that the ace cricketer has been carrying a picture of the starlet and wished to kidnap and marry her!

Quite obviously, none of the two parties confirmed anything and kept their silence initially. It wasn’t until things started getting out of hands when Shoaib Akhtar spoke up.

Akhtar took up to his new YouTube channel, where he already has over a million subscribers in a few weeks. In a video, he clarified his stance and denied all the rumors.

He further revealed how he never had any sort of encounter with the actress and watched 1-2 movies of her, that too, ages ago.

However, he did applaud and admired the way Bendre battled cancer with bravery.