The decision was made during a meeting chaired by the provincial Minister for Auqaf Sohail Anwar Sial. 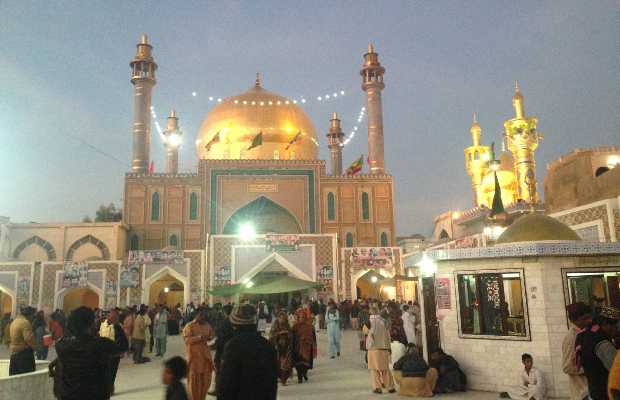 The Sindh government has once again ordered the closing of all the shrines in the province amid a surge in COVID-19 cases.

The shrines across the province were reopened just four days ago.

The decision was made during a meeting chaired by the provincial Minister for Auqaf Sohail Anwar Sial.

The notification issued by the Auqaf Chief Administrator Sindh said that all shrines and dargahs would remain closed for 10 days — from March 28 to April 6. 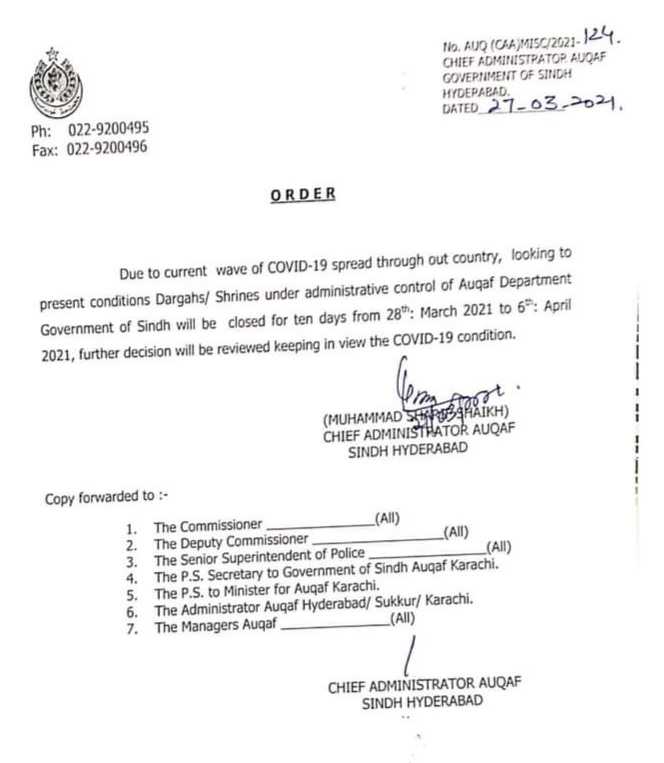 According to Chief Minister Murad Ali Shah, four patients passed away due to the virus taking the total death toll at 4,491.

He said added that 160 more patients had recovered from the deadly disease, taking the total to 255,671

Meanwhile, 4,444 patients were under treatment in the province out of which 249 were in critical condition.

On the other hand, Federal Minister for Planning and Development Asad Umar has warned that COVID-19 cases in the country could soon cross the numbers seen during the first wave of the pandemic.

While speaking to the media after chairing a session of the National Command and Operation Centre (NCOC), the NCOC Chief said if the cases increase at the current rate during the next few days or week, the situation would be worse than the peak of the first wave which was witnessed in June last year.

Reiterating that the government’s first priority was saving the livelihood of people from the pandemic,  Asad Umar maintained that tougher restrictions might be imposed if the current trend continues in the country.

The pandemic situation across the country is getting serious as the country reports more than 4000 cases for the straight second day.

Furthermore, 67 coronavirus-related deaths were also reported in the last 24 hours.

tweet
Share on FacebookShare on TwitterShare on PinterestShare on Reddit
Saman SiddiquiMarch 27, 2021
the authorSaman Siddiqui
Saman Siddiqui, A freelance journalist with a Master’s Degree in Mass Communication and MS in Peace and Conflict Studies. Associated with the media industry since 2006. Experience in various capacities including Program Host, Researcher, News Producer, Documentary Making, Voice Over, Content Writing Copy Editing, and Blogging, and currently associated with OyeYeah since 2018, working as an Editor.
All posts bySaman Siddiqui