A student who returned home from China on Saturday was put in an isolation ward after suspected symptoms of Coronavirus. 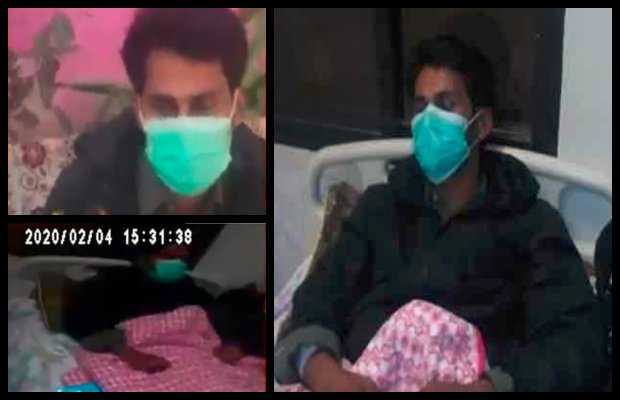 A student named Shahzaib Rahujo, who returned from China on Saturday, has been shifted to Civil Hospital Gambat, reported of being kept in isolation ward due to suspected symptoms of Coronavirus.

Shahzaib Rahujo was studying petroleum at a Chinese university around 1,000 kilometres away from Wuhan and returned Nangerji village near Khairpur late on Saturday night.

As this student was unable to book a direct flight to Pakistan from China, because of flight restrictions, he first flew to Qatar and took to flight for Karachi.

As being reported, upon arriving in Pakistani started feeling sick even at the transit point in Qatar but he did not take his condition and treat of Coronavirus seriously.

However, on Monday, Rahujo was shifted to an isolation ward after his nose started bleeding. He has been put up for quarantine after the identification of novel coronavirus symptoms.

According to Rahujo’s family, he took some medicine to relieve the symptoms when he reached Qatar after experiencing a headache, flu, and cough.

while talking to news outlet his family further told that later when his nose kept running, his family immediately took him to Khairpur’s Civil Hospital for treatment.

It is being said that Rahujo returned to Pakistan on his family’s insistence after the breakout of coronavirus across China.

Earlier on Monday, 57 Pakistanis returned home on the first flight after the coronavirus epidemic and cleared through screening while 39 people returned home through the second flight as flight operation was resumed after being put on a brief halt.