Tania Aidrus is back in Pakistan after 20 years to lead the country into the digital age. 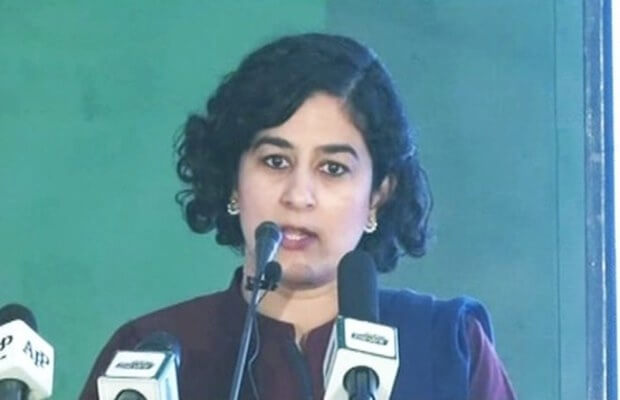 Tania Aidrus is all set to head the digitization campaign. She has resigned from her previous position as Director, Product, Payments for Next Billion Users at Google.

Prior to that, she was the Country Manager for South Asia Emerging Markets at Google. Tania Aidrus is back in Pakistan after 20 years to lead the country into the digital age.

She in a Tweet said, “Thank you PM @ImranKhanPTI and @JahangirKTareen for giving me the opportunity to contribute back to Pakistan. With everyone’s support, we will inshallah make #DigitalPakistan vision a reality”.

Earlier addressing at the inauguration of the ‘Digital Pakistan’ initiative, Tania recalled how she had been contacted by the prime minister’s team to head the ambitious project.

“A person I knew told the prime minister about me and he forwarded an email to his reform team to contact me,” she said. “Over the next course of months, I was in contact with Mr Jahangir Tareen and members of the federal cabinet. I even met the president before I met Prime Minister Imran and discussed the project,” she said.

“I spent 20 years outside Pakistan,” she said. “I went abroad with a very strong message about Pakistan. People say that I am politically connected to some people. That is not the case, I don’t have a relationship with anyone in the government. My objective is simple — I just want Pakistan to succeed,” she added.