"Let someone else fight over this long bloodstained sand," the Trump said in a TV address from the White House. 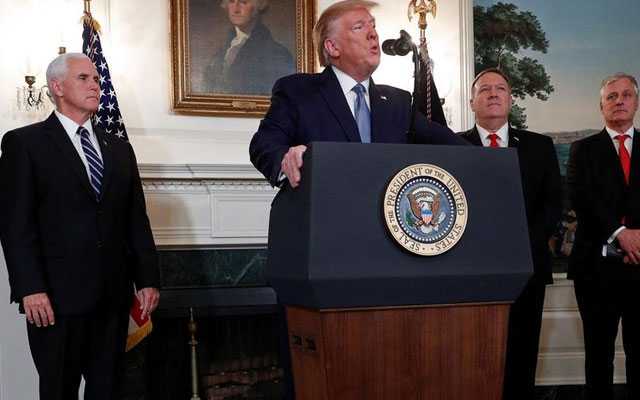 US President Donald Trump on Wednesday lifted sanctions against Turkey imposed more than a week ago after a ceasefire in the northern Syria has announced.

“Let someone else fight over this long bloodstained sand,” the Trump said in a TV address from the White House.

Trump said he was ending the sanctions because a ceasefire was holding in the area, which Turkey invaded to drive Kurdish military groups from their strongholds.

The US president called the ceasefire a “major breakthrough” that will expand Turkey’s takeover in the area unopposed.

Donald Trump has also rejected the accusations regarding the betrayal to Syrian Kurds, who suffered thousands of casualties fighting with US troops against the ISIS — saying “they were happy”.

The president said the Kurdish commander in the country; Mazloum Abdi has also thanked him.

Ankara ordered a cross-border operation into Syria on October 9 because it said it wanted to create a security cordon free of Kurdish armed groups that it considers to be terrorists, linked to Kurdish rebels inside Turkey.

Turkey ordered the military operation into Syria on October 9 because it said it wanted to create a security cordon free of Kurdish armed groups – which it considers as terrorists that has a link with Kurdish rebels inside its country.

The military operation started after Trump announced for the abrupt military pullout in the region saying that he didn´t want the US troops caught in the middle of a Turkish-Kurdish war.

Trump’s move was heavily criticised by both Democrats and Republicans abandoning the Kurds, he imposed sanctions on Turkey on October 14 and sent a delegation to persuade Turkish President Recep Tayyip Erdogan to order a brief ceasefire.