The rally organizers boasted of receiving a million reservations but the turn out was less than 6,000 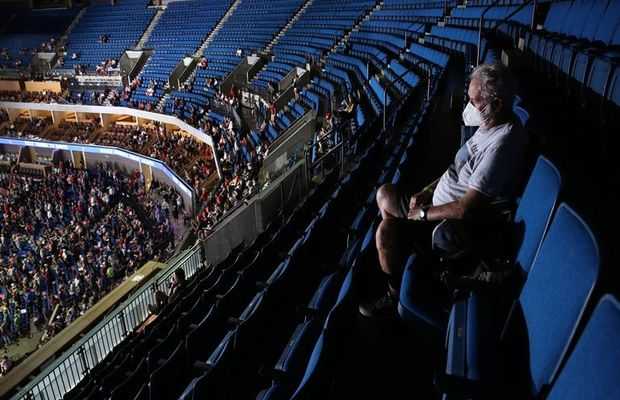 Donald Trump is gearing up for November 2020 presidential election and over the weekend, Republican’s stronghold Oklahoma did not go well for the POTUS’s campaign. As per BBC, TikTok users and fans of South Korean band K-Pop, collaborated on social media to troll the campaign by making thousands of fake reservations for a Trump rally and in turn impacting the real turn out at the event.

“My 16-year-old daughter and her friends in Park City Utah have hundreds of tickets. You have been rolled by America’s teens. @realDonaldTrump you have been failed by your team. You have been deserted by your faithful. No one likes to root for the losing team,” tweeted former Republican strategist and a critic of Donald Trump, Steve Schmidt.

Several parents responded to Schmidt and shared that their children had also done the same thus making it an unprecedented effort from teenagers to not only troll the rally organization but blindsiding them for good.

However, Trump’s campaign handlers denied that the turn out was lower due to the manipulation of teenagers and insisted that it was protesters who dissuaded the families from attending the rally. In spite, they still quoted a higher number of attendees regardless of how many empty seats were witnessed by spectators.

“The campaign had boasted of about one million RSVPs but if even half of those reservations had been legitimate the rally would have seen a far greater attendance,” said BBC reporter Anthony Zurcher who was present at the event.

The same report also quoted Tulsa fire brigade that the event had more or less attendance of a meager 6,000.