Zahir Jaffer, alleged killer of Noor Mukadam, was alcoholic but not insane 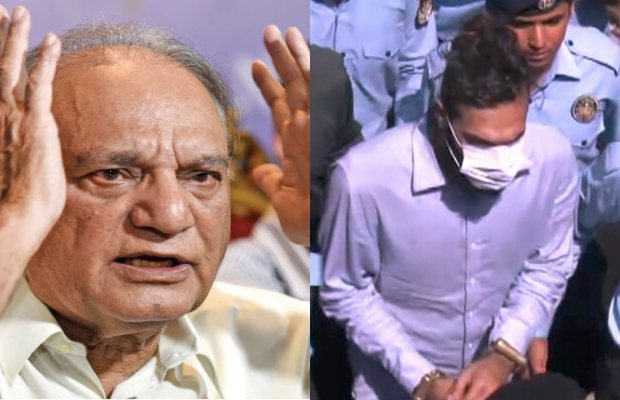 Zahir Jaffer, the alleged killer of Noor Mukadam, was alcoholic but not insane!

The examination was conducted at his parent’s request, and therefore, asked him to get admitted to his clinic.

Tahir Zahoor Ahmed went on to add that he had been friends with Zahir Jaffer’s parents Zakir Jaffer and Asmat, for the last seven to eight years.

Zahir Jaffer’s mother Asmat had been associated with his organization Therapyworks all these years, he added.

The CEO said Zahir came to Therapyworks in 2013 to get physiotherapy training and at that time he showed no sign of any disease.

Revealing the account of July 20 when Noor Mukadam was murdered at Zahir Jaffer house in Islamabad’s E-7, he told that Zahir was at home and added that he received a call from Zakir Jaffer, who informed him that he (Zahir) had gotten violent and asked him to get Zahir out of the house.

“Zakir said that he did not have any weapon when he asked him whether he was armed,” Mr. Ahmed added.

According to him, he sent a team to the house to bring Zahir under control and shift him to the hospital.

He explained that at that time, there was no need to call the police.

However, when the team reached the house and spotted some people already present outside, including Zahir and Noor’s friends, he said.

When Zahir appeared on the terrace and the team members asked him to come outside, but he refused, he added.

“They tried to enter the house but found the doors locked and later informed Zakir, who asked them to break open the door,”  Riaz said, adding,  the team had waited outside the house for 45 minutes and then climbed onto the first floor.

An employee of Therapyworks, Amjad, who was injured by Zahir, said the suspect held him at gunpoint when he and other team members entered the room.

Zahir then hit him with the pistol butt and injured him with a knife, Amjad said, adding that he called out for help and his colleagues then overpowered Zahir.

Dr. Riaz told the presser that when Amjad saw a body in the room he came on the terrace and asked people standing outside to call the police.

Ahmed said he called Zakir who told him to remove Zahir from the house.

“However, when I informed him about the body, his reaction was strange; he simply said okay,” the CEO claimed.

“Zahir was normal till the arrival of the police.  When the police reached there, he started behaving abnormally,” he added.

“We have been prosecution witness for 26 days,” Ahmed said, adding that the police called him from Lahore on the pretext of taking his statement, but arrested him on arrival.

“Under which section of the law they arrested us,” he said.

tweet
Share on FacebookShare on TwitterShare on PinterestShare on Reddit
Saman SiddiquiSeptember 5, 2021
the authorSaman Siddiqui
Saman Siddiqui, A freelance journalist with a Master’s Degree in Mass Communication and MS in Peace and Conflict Studies. Associated with the media industry since 2006. Experience in various capacities including Program Host, Researcher, News Producer, Documentary Making, Voice Over, Content Writing Copy Editing, and Blogging, and currently associated with OyeYeah since 2018, working as an Editor.
All posts bySaman Siddiqui