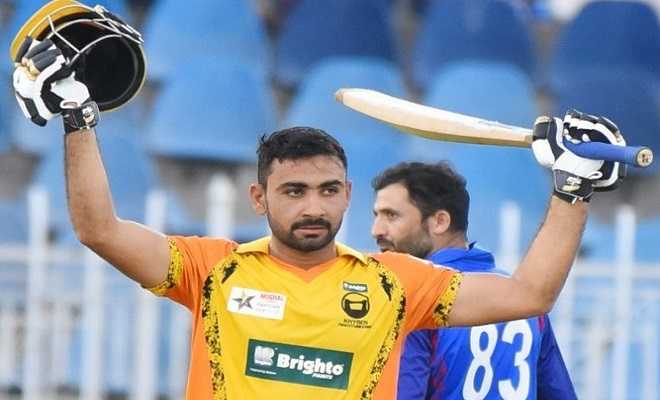 In their latest Youtube video, Rashid Latif and Dr Nauman Niaz discussed the match between Multan Sultan and Peshawar Zalmi. In general, at times, it feels like Rashid Latif takes a different position than the Doc to keep the show interesting and entertaining. Usually, doc concedes most points. However, in this latest video, this wasn’t the case.

Doc insisted on discussing Khushdil Shah’s innings and appreciated it. Whereas, Rashid Latif argued that with the low target and the presence of Rilee Rossouw on the other end, this innings proved very little. Despite, Doc’s protests, he did not budge. While Haider Ali and even Zeeshan Ashraf got lavish praise, there was a word of caution from the former wicket keeper’s side about Shah. He needs to evolve in T20 cricket was the final word.

While there is no doubting about Rashid Latif’s cricketing nous, do the numbers back up this claim?

The short answer is, yes.

Khushdil Shah had previously played for Peshawar Zalmi in the HBLPSL. A total of 13 runs in 23 balls faced makes for poor reading. Yes, he didn’t get consistent chances. Zalmi like most franchises preferred bowlers like Hasan Ali, Ibtisam Sheikh and Sameen Gul as their emerging player. However, in whatever limited opportunity Shah did get, he failed to impress. Haider Ali has been given consistent chances, even when Zalmi are already playing an emerging player. So, it could be argued that Khushdil Shah missed an opportunity.

The 25-year-old has already played a T20 for Pakistan in Australia. With the side already reeling, he tried to build a partnership with Iftikhar Ahmed but fell on the 1st aggressive shot he tried. A slog towards midwicket. 7 runs of 11 balls.

It could be argued that Pakistan Super League and Pakistan matches are just a small sample size. Let us look at his performances in domestic T20s. In 38 innings, his strike rate is 122. For someone who plays in the lower middle order, primarily as an aggressive finisher, it is clearly too low at this level. Asif Ali, whose role is similar scores at 149. Shah’s average is greater by 0.8 runs a match.

Looking at these numbers does suggest, that Khushdil Shah is more suited to 50 over cricket than T20s. He requires some time to get in the flow of the innings before going on an assault. Like he did yesterday. Batsmen below the top four often they cannot afford that luxury in T20 Cricket. They have to go from the get to.

There is clearly strength and power in Shah’s game, which is much needed in Pakistan’s middle order. But is he the man to fill the gap of a lower order hitter? Both in terms of expert analysis cricketer-ko-janchnay-wali-ankh and stats, the answer seems to be no.

The left-hander will probably get half a dozen more HBLPSL matches to prove that these numbers aren’t a true reflection of his talent, as a lower order finisher,