You learn something about cricket everytime you hear him talk 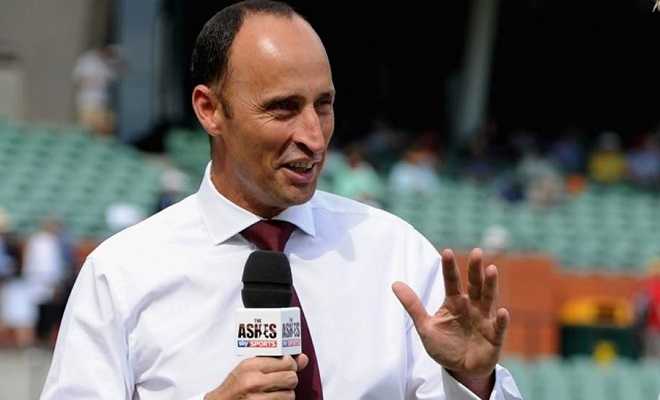 Saurav Ganguly: “How important is that?”

Nasser Hussain: “In the air… GONE, Not that important! He’s gone the next ball. Brilliant from Amir. Pakistan cricket at it’s best — one minute down, next minute up!”

Born in India, played for England, Pakistani at heart.

Or perhaps just a socialist, someone who believes in taking on the big bully from time to time.

A tribute to the man who gave us perhaps the most iconic lines on commentary from a Pakistan perspective. An ode to the best cricket commentator of our times: Nasser Hussain.  Someone who has been able to mix exuberance, emotion and cricketing nous in his commentary. You learn something every time you hear him talk.

Read More : Umar Akmal handed a three-year ban from all forms of cricket

In the world of Big 3 and the IPL, Pakistani players often get a cold shoulder. A lot of T20 discussion circles around the IPL and with Pakistani players being absent, the cricketing world well just ignores us. Only recently have Babar Azam and the Sarfaraz led T20 world domination has broken that trend. For example, in the recent book Cricket 2.0, a full section is dedicated to Sarfaraz’s team.

But generally, when you hear “international commentators and publications” talk, Pakistani perspective is often missing. Be it a subconscious choice or an active decision to pander to the Indian market, that is how it is.

One exception however always is Nasser Hussain. Whatever the topic, whatever the discussion, he will always remember to plug a Pakistani name in some relevant context. Be it presenting Saeed Anwar, as one of the players he’d pay to watch or discuss the big boys of Pakistani bowling Iimran, Wazeem, Waqqa, and Sohaab, or to remind the ECB that after ditching Pakistan Cricket (and West Indies) with the Big 3 model, now when in need they are at the door of the PCB , requesting them to take a huge risk.

In a world where global stars like Saurav Ganguly are happy to be a shiny front of a BCCI chairman for rival gangs of Indian cricket, it takes conviction and courage to swim against the tide and Nasser Hussain has plenty of it.

The world needs more people like him who believe in equity and equality. May its time do a campaign and urge the PCB to sign Nasser Hussain for the next PSL – give him up Sky Sports. We need a flow up to the Champions Trophy line.