With a throw of 85.16m, Arshad created a history that also placed him on top of group B. 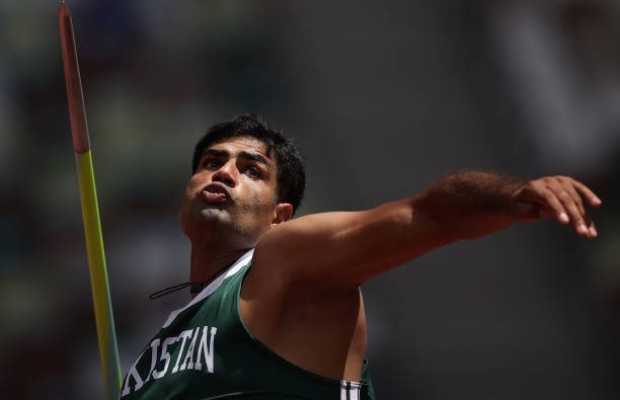 He was placed in group B for the contest in which the athlete had to throw a minimum of 83.5m to directly qualify for the final.

With a throw of 85.16m, Arshad has created a history that also placed him on top of group B.

In his first attempt, the 24-year-old Pakistani athlete could reach the 78.5m mark but the second attempt made the difference. 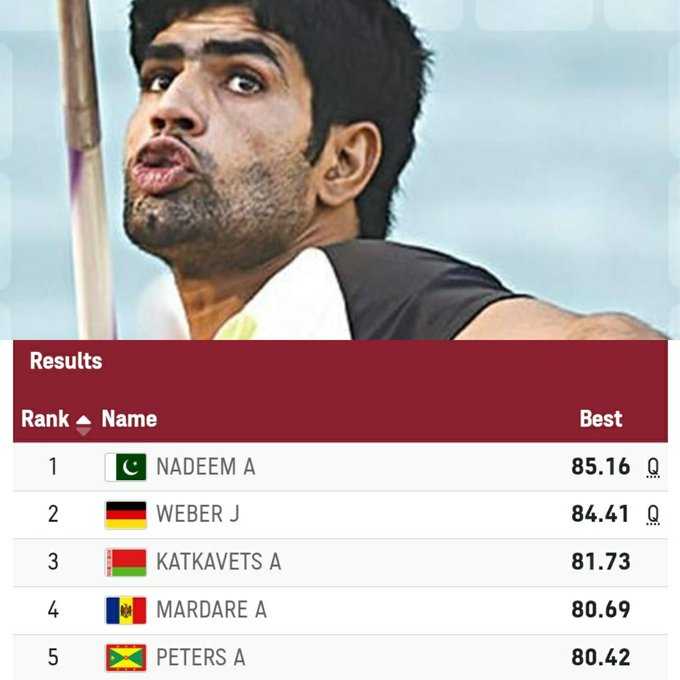 This was overall the third-best throw in the contest after India’s Neeraj Chopra (86.65m) and Germany’s Johannes Vetter (85.64m).

This has been Arshad’s third-best throw in a competition. His personal best was 86.39m and a national record during the Imam Reza championship in Iran earlier this year.

Arshad’s best is yet to come and Pakistan prays that he will be in his best at the final on 7th August, which is scheduled to commence at 4:00 pm Pakistan time.

Pakistanis on social media are looking towards Nadeem to make the nation proud by ending its Olympic draught and bring a medal home.

#ArshadNadeem has made us all proud with his performance at the #JavelinThrow competition. The whole nation is praying for his success in Olympic finals.

Athletes like him are true role models for our youth who will boost their interest in sports. 🇵🇰
pic.twitter.com/zIPa4IsFzN

What a great moment. #ArshadNadeem of #Pak qualified for the final of #JavelinThrow – keeping hopes of a medal alive – Will be an interesting competition between #NeerajChopra of #Ind and Arshad Nadeem on August 7. All the best. pic.twitter.com/KGa09g6Crg

tweet
Share on FacebookShare on TwitterShare on PinterestShare on Reddit
Saman SiddiquiAugust 4, 2021
the authorSaman Siddiqui
Saman Siddiqui, A freelance journalist with a Master’s Degree in Mass Communication and MS in Peace and Conflict Studies. Associated with the media industry since 2006. Experience in various capacities including Program Host, Researcher, News Producer, Documentary Making, Voice Over, Content Writing Copy Editing, and Blogging, and currently associated with OyeYeah since 2018, working as an Editor.
All posts bySaman Siddiqui