He is the first Pakistani to have qualified for the World Athletics Championships. 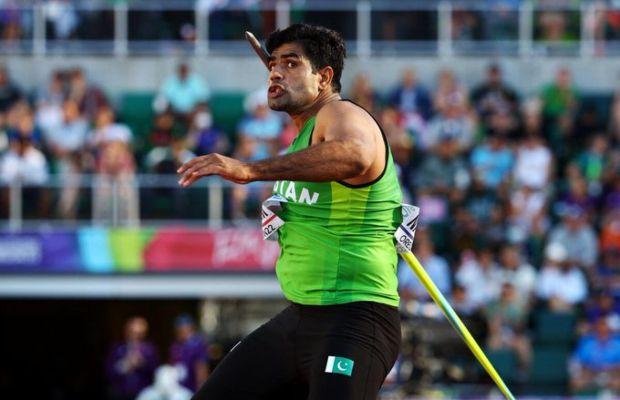 Arshad Nadeem threw 86.16 meters, which is also his best throw this season.

The 25-year-old Pakistani javelin thrower secured his spot in the final on Friday by throwing at a distance of 81.71 meters during his group B qualifying round to finish ninth overall.

This was Arshad’s first major international event since Tokyo Olympics.

Arshad has also become the first Pakistani to have qualified for the World Athletics Championships. 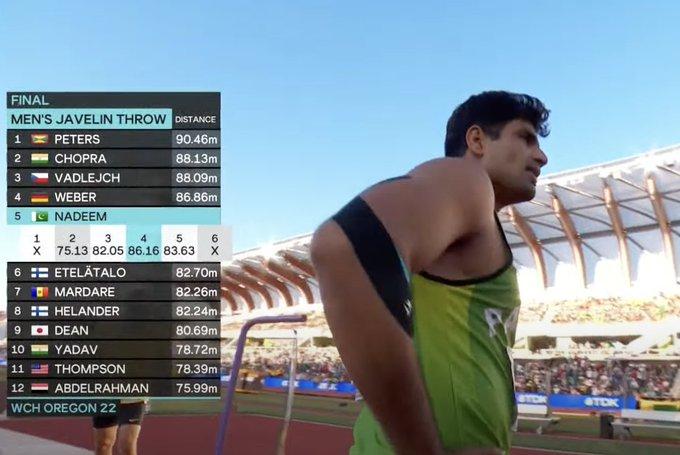 Meanwhile, India’s Neeraj Chopra got the silver medal with a throw of 88.13m.

tweet
Share on FacebookShare on TwitterShare on PinterestShare on Reddit
Saman SiddiquiJuly 24, 2022
the authorSaman Siddiqui
Saman Siddiqui, A freelance journalist with a Master’s Degree in Mass Communication and MS in Peace and Conflict Studies. Associated with the media industry since 2006. Experience in various capacities including Program Host, Researcher, News Producer, Documentary Making, Voice Over, Content Writing Copy Editing, and Blogging, and currently associated with OyeYeah since 2018, working as an Editor.
All posts bySaman Siddiqui