He secured the 33rd win of his 19-year professional MMA career, making him the second-oldest UFC champion in history. 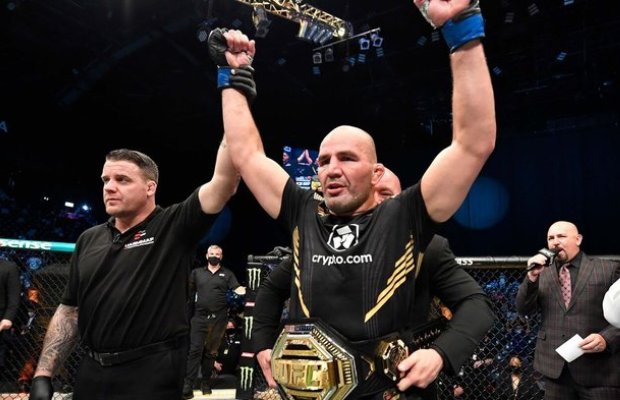 Teixeira, who turned 42 on Thursday, defeated defending UFC light heavyweight champion Jan Blachowicz in the main event at the Etihad Arena in Abu Dhabi on Saturday.

Teixeira’s victory came in his second attempt at championship gold.  His first resulted in a unanimous decision defeat to Jon Jones at UFC 172 in 2014.

The US-based Brazilian fighter returned to the world championship stage and completed a remarkable career renaissance by defeating Poland’s  Blachowicz in the second round with a rear-naked choke that led to wild scenes of celebration in the octagon.

Teixeira dominated proceedings throughout round one, and the challenger stunned the champion on his feet in round two before taking him to the mat again.

With Blachowicz seemingly without an answer for the Brazilian’s grappling, Teixeira moved into the mount, flattened out the champion, and locked up a rear-naked choke.

He secured the 33rd win of his 19-year professional MMA career, making him the second-oldest UFC champion in history.

Reactions to his historic win are pouring in on social media.