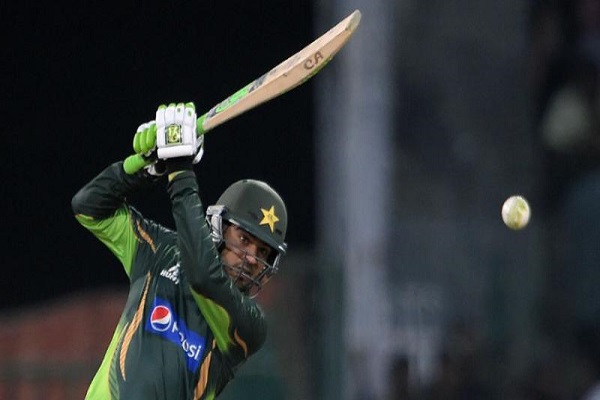 Last week, it looked like it was finally time for Harris Sohail to shine. The upgrade seemed complete. It was a few years later than most expected. Initially due to a packed middle order and then injuries, it did seem that Harris has missed the boat. However, with relentless hard work he came back into the side, fully fit and retaining his stylish demeanor.

During this Pakistan, have been struggling with openers so Azhar Ali who had been a consistent number 3 was shifted up the order. This meant, Harris who had a decent start lower down the order was now facing the new ball in England. He fought and fought hard without getting a massive score. In early English summer, he was facing up two of the greatest seam bowlers England have ever produced. It was an examination, which Harris passed just about, laying foundation to

Pakistan’s famous win. He was tried as an opener in T20 series but was a misfit. Pakistan found it difficult to bring in him the ODI side, given the combination at Asia Cup. The one game he did play, he was out trying to hit a glory shot. So came this test series. Pakistan openers, gave the team a great start. Harris, cashed in making his maiden test hundred. All was good in the world.

However, 2nd test provided a new challenge. A top class off spinner, bowling on a helpful pitch. In the 1st innings, Harris got out 1st ball. But it was the 2nd innings that showcased the real struggle. Harris skipped down the pitch a couple of times, and was beaten in flight. With the drift and spin, he was unable to cope for long. While, Pakistan were miles ahead in the game, Harris failed to press on taking the easy option. Unlike his mindset in England, where he was able to give it all, Harris took the aggressive option and failed. Had Pakistan been in a losing position, some would call it a reckless shot and blame an experienced player of being careless.

Test cricket is examination of the mental toughness and skill level of cricketers. For this one innings, Harris Sohail he wasn’t tough enough. However, having seen his career, one can be sure he will be better off his experience.