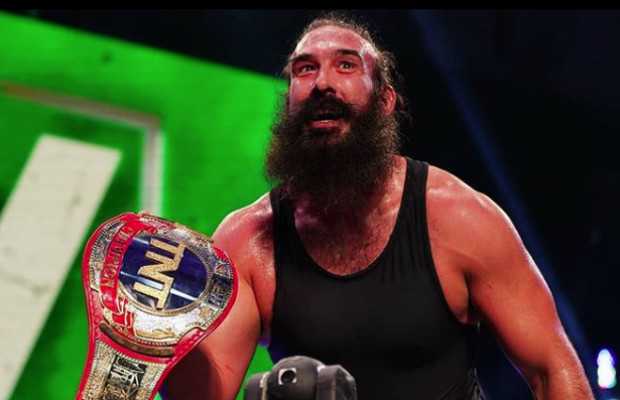 Huber’s wife, Amanda announced the news of his death on an Instagram post. She said that Huber died of a non-covid related lung issue.

“My best friend died today. I never wanted to write out those words. My heart is broken. The world saw him as the amazing @brodielee (fka Luke Harper) but he was my best friend, my husband, and the greatest father you would ever meet. No words can express the love I feel or how broken I am right now,” she wrote.

Huber was part of  WWE under the ring name Luke Harper from 2012 until December 2019,

After getting released from his contract with WWE Huber then moved to All Elite Wrestling in March 2020, wrestling as Brodie Lee.

WWE is saddened to learn that Jon Huber, known to WWE fans as Luke Harper, passed away today at age 41. WWE extends its condolences to Huber’s family, friends and fans.https://t.co/hZnBguE4Mj

I’m so deeply sorry for the loss of Jon Huber. We bonded over the love of our children. He was a true family man. #RIPBrodieLee

I love and miss you Jon. Thank you for everything you’ve done for me and my family. We all love you so very much. You were such a great man. It’s been my pleasure and privilege to know and work with you. Your family is our family now. We will watch over them. Rest now friend. 💔 https://t.co/aJ3TUntfoH

I just heard the news about the death of Jon Huber…an awful day for wrestling fans. Just two years ago, my son Hughie dressed up as Luke Harper for Halloween. He was a great worker, and a doting father. A huge loss for everyone who loves wrestling. https://t.co/E94sdqmiMB

Our entire brotherhood and industry mourns tonight. In addition to his incredible passion and talent, Jon was above all else, a great man, who loved his family more than words can say. Please keep them in your thoughts. I’ll see you down the road, brother ♥️ #RIPBrodieLee pic.twitter.com/DvTNr3Vo4g

tweet
Share on FacebookShare on TwitterShare on PinterestShare on Reddit
Saman SiddiquiDecember 27, 2020
the authorSaman Siddiqui
Saman Siddiqui, A freelance journalist with a Master’s Degree in Mass Communication and MS in Peace and Conflict Studies. Associated with the media industry since 2006. Experience in various capacities including Program Host, Researcher, News Producer, Documentary Making, Voice Over, Content Writing Copy Editing, and Blogging, and currently associated with OyeYeah since 2018, working as an Editor.
All posts bySaman Siddiqui