Mohammad Hasnain's bowling action was cleared by ICC in June 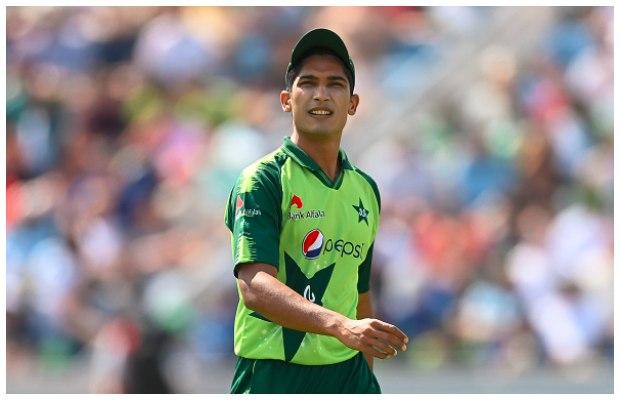 In a  huge blow for the Pakistan team, ace pacer Shaheen Shah Afridi was ruled out of the upcoming tournament after being advised a 4-6 weeks rest by the medical team following an injury to the right knee ligament.

Mohammad Hasnain, 22, a right-arm fast pacer made his debut for the Pakistan cricket team in a T20 match against England in 2019.

Hasnain will join the team from the United Kingdom, where he is representing Oval Invincibles in The Hundred competition.

According to Pakistan Cricket Board (PCB), Hasnain’s bowling action was cleared earlier this year in June as the amount of elbow extension in the reassessment was within the 15-degree level of tolerance permitted under the ICC Illegal Bowling Regulations.

Hasnain’s bowling action was reported in February when he was playing in the Big Bash League in Australia, and thereafter, he failed a bowling action review test conducted under ICC supervision.

The Asia Cup will set begin on August 27, with Pakistan taking on arch-rivals India on Aug 28.

Pakistan’s second Group A fixture will be against a qualifier (UAE, Kuwait, Singapore, or Hong Kong) in Sharjah on September 2.