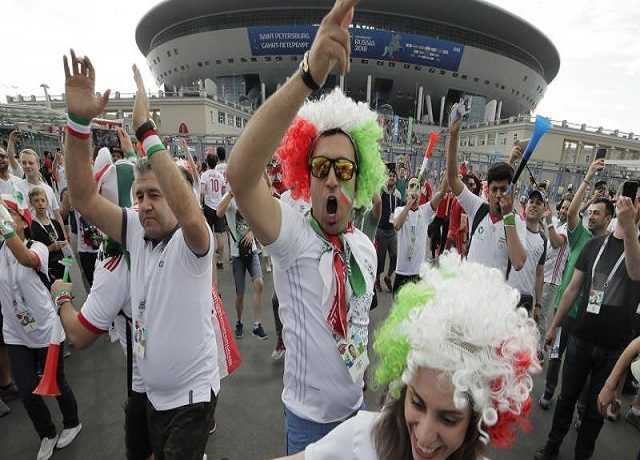 When hooliganism didn’t work Iran narrowly missed out on qualification to the last 16 as they drew their game 1-1. They gave it their all and came very close to actually knocking the European Champions out of the World Cup. It was performance full of determination, grit and tenacity.

However, hours before the scheduled match-up between Portugal and Iran, an interesting situation came up. Iranian fans, in a coordinated effort, gathered outside the hotel where Portugese players were staying and started playing their Vuvuzelas, horns and a giant drum. They bragged about it on social media as an act of patriotism. Disrupting sleep of the opposition so to bring advantage to their team.

Last night, Iranian fans were partying outside of Portugal's team hotel forcing Ronaldo to come to the window and ask them to let him go to sleep 😂(via 433/IG) pic.twitter.com/jl4PzBExsK

CR7 or Ronaldo was seen requesting these ‘fans’ to leave the space and let them sleep. May be a sleep deprived Ronaldo wasn’t ready to that penalty in the game. However, in all seriousness this was hooliganism and should not be tolerated. Authorities should ensure, team hotels are not surrounded by opposition team fans. Or perhaps, those fans should know better