Pakistan bowl Zimbabwe out for 134 to register a win in the first Test by an innings and 116 runs. 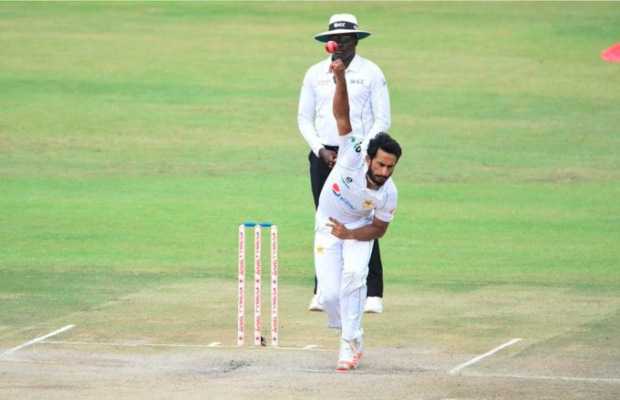 Pakistan crushed Zimbabwe in the first Test at the Harare Sports Club on Saturday.

The nine-wicket haul by seamer Hasan Ali in the match led Pakistan to defeat the hosts by an innings and 116 runs after tea on the third day of the first Test. 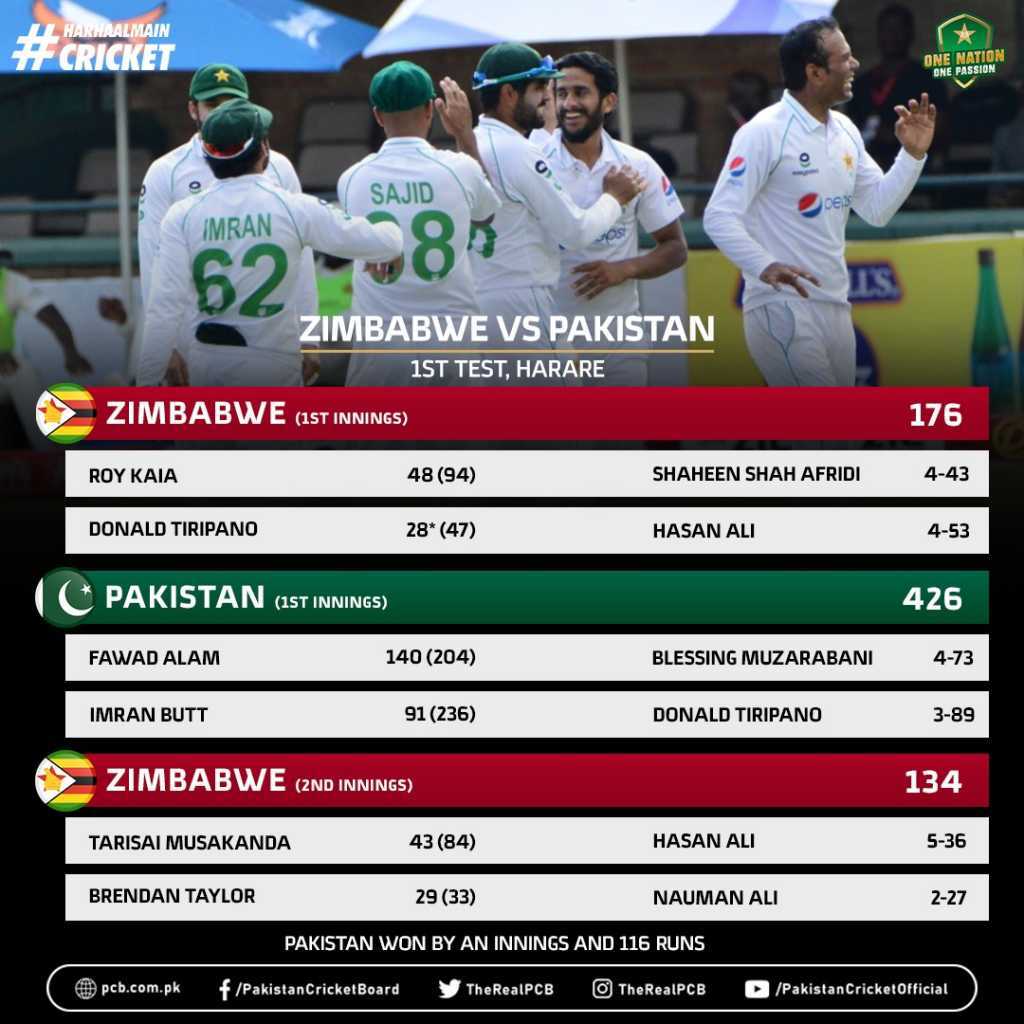 With the latest achievement, Hasan moved past 50 Test wickets as he took a career-best 5-36 to help bowl Zimbabwe out for 134.

He recorded figures of 4-53 during the home side’s first-innings score of 176.

Pakistan had scored 426 in reply to Zimbabwe’s first innings, anchored by Fawad Alam’s fabulous140 which put the visiting side into a commanding position.

Fawad’s 140 from 204 balls included 20 fours before he was the last man to be sent back to the dressing room trying to chase quick runs to boost his sides total.

Meanwhile, Tarisai Musakanda was the top scorer for the home team’s second innings with a career-best 43 before he was needlessly run out chasing a suicidal third run.

Here is how cricket fans celebrate Pakistan’s victory on Twitter:

One dream Test comeback for Hasan Ali! Since his return to the Test side, the pacer has taken 21 wickets in three Tests, including 19 in the last two 👏👏👏#ZIMvPAK | #HarHaalMainCricket | #BackTheBoysInGreen pic.twitter.com/CGjk7s7Mdy

What an impressive win by Team Pakistan. A fantastic display of teamwork, Fawad Alam and @RealHa55an you guys were amazing throughout! 👏#ZIMvPAK | #HarHaalMainCricket | #BackTheBoysInGreen pic.twitter.com/UizvTUG1dH

First time in 9 years that Pakistan have won a Test inside three days. Last was against England in Dubai in 2012. #ZimvPak

what a true around it's been for him since his return into the side, always admired the skill-set and match winning mentality he possessed. having seen the previous matches it's pretty much evident that pakistan does well whenever this genius does well #ZIMvPAK pic.twitter.com/Y0wdEuw351

Congratulations Pakistan team for winning the test easily. This is the best time to give opportunity to the new players . Next test match Saud Shakil , Zahid and Tabish .. @captainmisbahpk @babarazam258 @MuhammadWasim77

Well done @RealHa55an you're not only a fighter but an ultimate champ! loved the energy.. may you keep it going on and on! #PakvZIM pic.twitter.com/0Jc39pGBHd

Pakistan captain Babar Azam at the post-match presentation said, “We had planned to put 300-plus on the board (as a lead), and then bowl them out for 150-200.”

“It was an outstanding finish by Hasan,” he added.