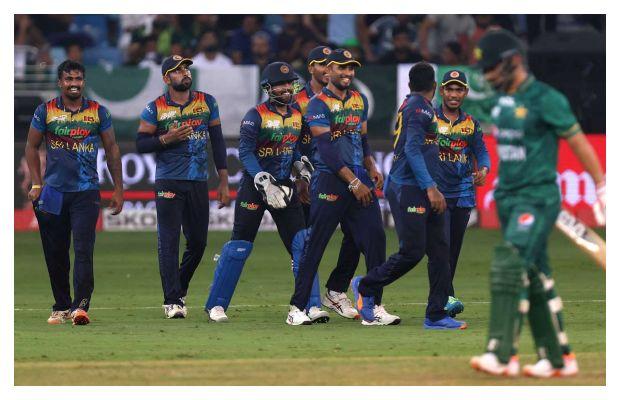 Worst fielding later poor batting has cost Pakistan, who was the favorite, the Asia Cup 2022!

After putting to bat first, Sri Lanka put a 171 target on the scoreboard, which was successfully defended by the Lankan ballers who outclassed the Pakistani batting lineup.

At the start of the final match, it looked like that Pakistan will make the match one-sided, and in the end, Sri Lanka made it one-sided.

Bhanuka Rajapaksa smashed an unbeaten 71 to lift Sri Lanka to 170-6 from a precarious 58-5.

Pramod Madushan and Wanindu Hasaranga proved to be undertakers for Pakistan’s batting lineup as they shared seven wickets between them, sailing their team to victory.

Pakistan’s opening pair once again failed to perform. Babar Azam was sent back to the dressing room scoring just 5 runs on six balls. While Fakhar Zaman was bowled for a duck!

While Mohammad Rizwan with his half-century in the final,  finished the Asia Cup as the highest scorer of the tournament, he scored 281 runs in 6 innings, 5 more than India’s Virat Kohli.

Star performers Shadab Khan and Naseem Shah who were rested for the Super Four match versus Sri Lanka were included in the team.

Sri Lanka INNINGS (20 overs maximum)
Pakistan INNINGS (Target: 171 runs from 20 overs)
tweet
Share on FacebookShare on TwitterShare on PinterestShare on Reddit
Saman SiddiquiSeptember 11, 2022
the authorSaman Siddiqui
Saman Siddiqui, A freelance journalist with a Master’s Degree in Mass Communication and MS in Peace and Conflict Studies. Associated with the media industry since 2006. Experience in various capacities including Program Host, Researcher, News Producer, Documentary Making, Voice Over, Content Writing Copy Editing, and Blogging, and currently associated with OyeYeah since 2018, working as an Editor.
All posts bySaman Siddiqui