#PakvsWI: Babar Azam adds a couple of new records to his credit 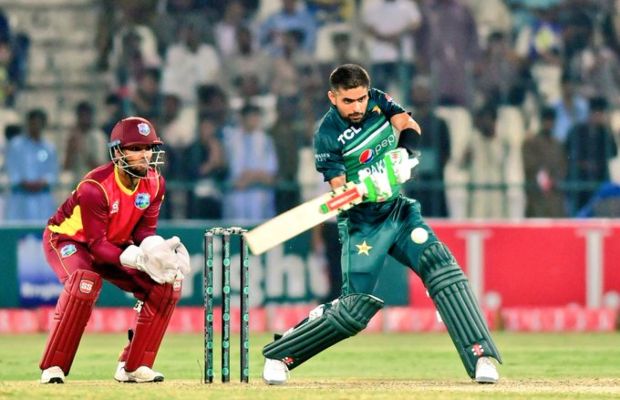 Babar Azam adds a couple of new records to his credit!

Babar Azam scored the 17th century of his career in the 85th innings of the first ODI against the West Indies.

The century leads him to become the player to score 17 centuries in at least one innings.

He also becomes the only player to score 3 consecutive centuries twice.

Pakistani skipper Babar Azam has surpassed former Indian skipper Virat Kohli to become the fastest to score 1,000 runs in the 50-over format as a captain.

It is to be noted that Hashim Amla had 14 centuries in 85 innings of his ODI career while Virat Kohli and Quinn Ton de Kock had 12 centuries each.

Babar Azam also became the first player to score three consecutive centuries by scoring a century in the first ODI against the West Indies.

Right-handed Babar currently holds the number one position in ICC batters’ rankings for T20Is and ODIs.