Steve Rixon had accused PCB of disrepect and stupidity 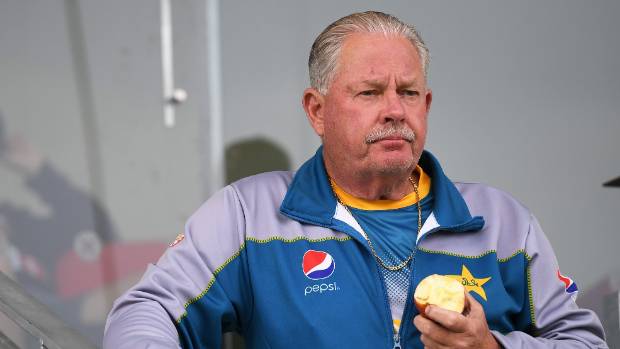 PCB have rejected all accusations of Steve Rixon as being baseless and shown their disappointed by the comments of their former fielding coach. Steve, earlier had accused PCB of “disrespect and stupidity”. He also stressed that not once during his tenure he was paid on time. He stated that despite enjoying working with the team and Micky Arthur, he couldn’t bear such treatment anymore.

“I never got paid on time. It’s disrespectful, and the disrespect came from the fact that nothing was paid on time to the subsidiary staff. Indecision was the other thing. Whenever something needed to be done, and my contract was one of those things, that took over five months to get clarified. They thought I’d just roll over and accept it right at the eleventh hour but I didn’t do that as I’d basically had enough of it at that stage. I’ve been involved with coaching for 30 years. I enjoy the game a huge amount and I never want to finish a job at cricket not enjoying it. And that’s what probably would have happened if I’d stayed on there.

He also stressed that it is vital for PCB to ensure that the foreign staff is happy.

“Darren Berry eventually refused to do the job, and I was left out at that particular time when things were going so well. When I say “stupid”, it’s those decisions I’m talking about. If you want overseas staff to come and do a job they’ve started to do which was going extremely well, don’t treat people like that.”

However, PCB has responded strongly. While they have appreciated his efforts in improving Pakistan’s fielding they feel that Mr Rixen has made baseless allegations. They stressed that all staff attached with the team is being paid on time and is well respected. While leaving Steve Rixen stated that he wanted to spend more time with his family and we cleared all his dues.

According to source, Rixon was so unhappy with the PCB that he didn’t take two days sessions with the team. Team manager had decided to take action against hum but Rixon he had already got rooms booked to spend time with family in Scotland by requesting the Assistant Manager earlier. PCB also stated that there were some delays in payments because he was being paid in foreign currency, therefore banks took their time. Pakistan being the ‘grey’ list also made it a lengthy process.

Grant Bradburn has replaced Steve Rixon as the fielding coach, however the standard had significantly dropped in Asia Cup with the team dropping multiple catches. It remains to be seen how long will it take for Bradburn to turn it around.