The divorce announcement means; this could end up being very costly 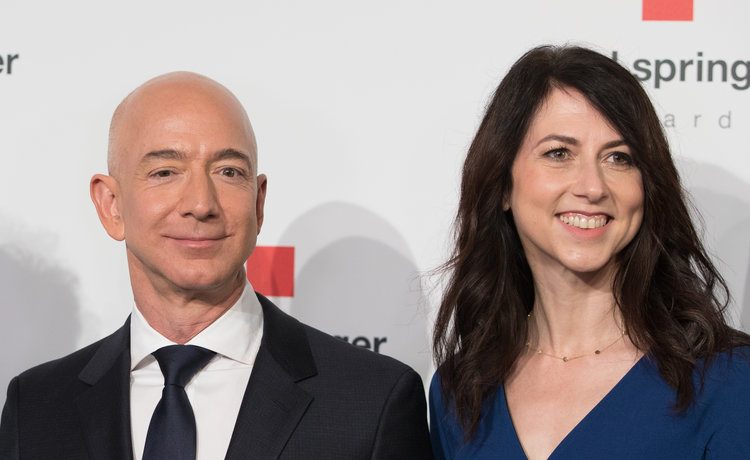 Amazon.com Inc. founder Jeff Bezos and his wife MacKenzie are divorcing after 25 years of marriage. The news was shared in a joint statement on the Amazon CEO’s Twitter account.

Bezos happens to be the one of world’s richest person at the moment, with an estimated net worth of $137 billion, according to the Bloomberg Billionaires Index. And the divorce announcement means; this could end up being very costly.

The couple parting ways, said in the statement: After a long period of loving exploration and trial separation, we have decided to divorce and continue our shared lives as friends. We feel incredibly lucky to have found each other and deeply grateful for every one of the years we have been married to each other. If we had known we would separate after 25 years, we would do it all again.

The couple also said they look forward to continuing working together as “parents, friends, partners in ventures and projects, and as individuals pursuing ventures and adventures.”

It was last year when the couple announced plans to commit $2 billion to fund existing nonprofits that help homeless families and also to create a network of preschools in low-income communities.

MacKenzie is also an author of multiple novels, including Traps and The Testing of Luther Albright.

As being reported this divorce could reshape the global wealth ranking. If the couple split their fortune equally, it could leave MacKenzie, 48, with $69 billion, that would be making her the world’s richest woman. And also It could also make Microsoft Corp. co-founder Bill Gates, currently worth $92.5 billion, the planet’s richest person once again. As Bezos over past Gates in October 2017.

tweet
Share on FacebookShare on TwitterShare on PinterestShare on Reddit
Saman SiddiquiJanuary 10, 2019
the authorSaman Siddiqui
Saman Siddiqui, A freelance journalist with a Master’s Degree in Mass Communication and MS in Peace and Conflict Studies. Associated with the media industry since 2006. Experience in various capacities including Program Host, Researcher, News Producer, Documentary Making, Voice Over, Content Writing Copy Editing, and Blogging, and currently associated with OyeYeah since 2018, working as an Editor.
All posts bySaman Siddiqui