Aamir Khan opens up about his favourite scene from 3 idiots

The Instagram handle of the actor flooded with fans sharing their favourite scene from the film. 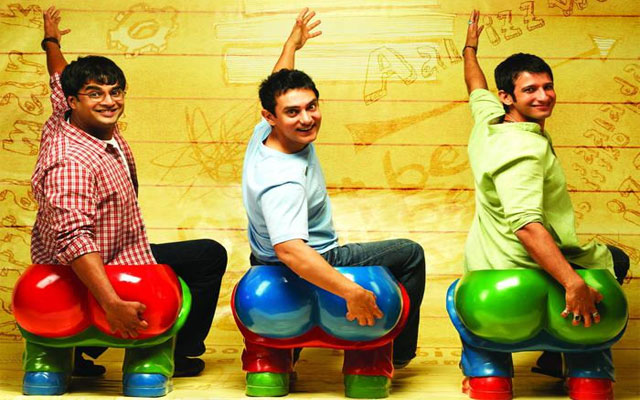 Bollywood film 3 Idiots has been one of the most loved and talked about film of the last decade. The movie was a huge box office success and received accolades from all over the world for its unique subject.

Aamir Khan, who was the lead actor in the film, took to his Instagram revealing his favourite scene from 3 Idiots. Its when the three friends gatecrash the wedding and are caught with their plates full of food. Later, they add some drama to make their exits was quite funnier.

As he posted about the scene, the Instagram handle of the actor was flooded with fans sharing about various comedy scenes and dialogues of the film.

Needless to say, Aamir Khan is truly one of the most loved actor in the entertainment industry and has a huge fandom not only in India but Pakistanis also admires his acting.

On the work front, Aamir Khan is busy with the remake of Hollywood film, Forrest Gump. There have been reports that he will be reuniting with Saif Ali Khan for Neeraj Pandey’s film, but there’s no confirmation so far as both of them are currently busy with their own film already.