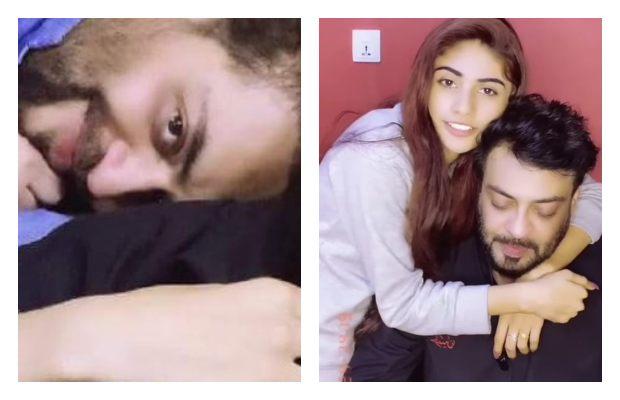 As soon as the PTI MNA announced his third marriage via a social media post, the timelines of various social media felt like crashing down with out-of-the-blue comments and memes.

What seems to be the most troublesome topic and worry for Pakistan currently is Tuba out, Dania in!

As is claimed, the wedding reception was held last night.

While Member Provincial Assembly Jamal Siddiqui was the only person from the PTI to have attended the event.

But now, everyone seems to be concerned as 49-year-old Pakistan Tehreek-e-Insaf (PTI) leader, National Assembly member Dr. Aamir Liaquat Hussain has tied the knot for the third time with Syeda Dania Shah, 18, hailing from Lodhran.

Well, for being a public figure it’s not easy to keep private life out of criticism when one himself updates everything on social media.

The video clips and status shared by the newlyweds have gone viral on social media drawing all sorts of reactions.

Meanwhile, in between all the mayhem, Aamir Liaquat updated that he is thankful to PM Imran Khan who personally called him to congratulate him on marriage, the popular TV host also requested people to respect his decision. 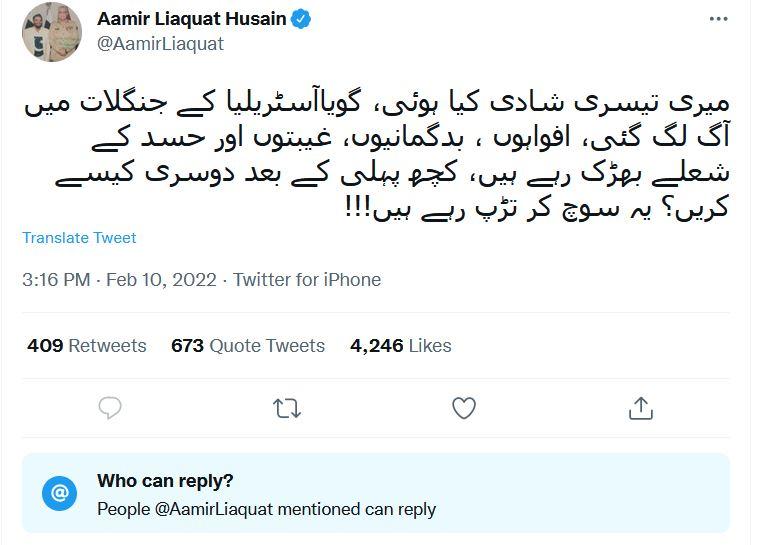 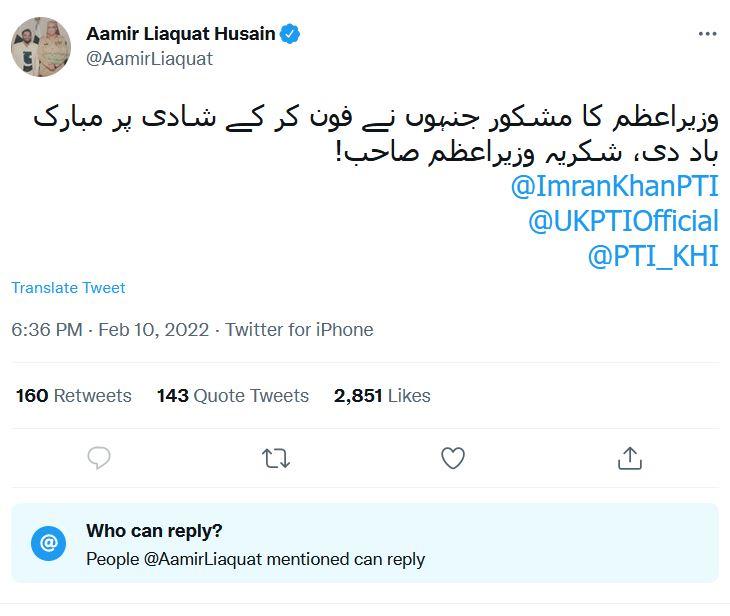