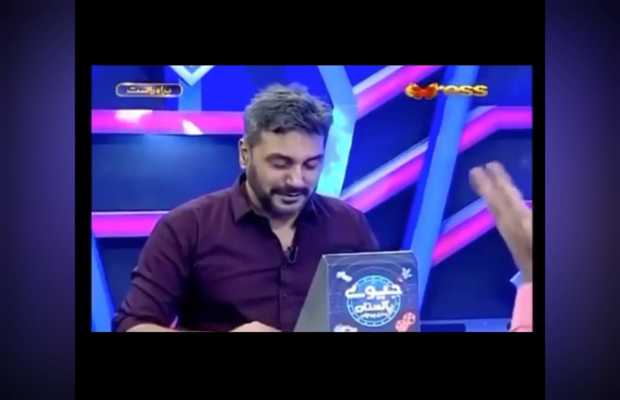 Religious scholar turned politician turned television host Aamir Liaquat Hussain is not unknown to controversy but sometimes his actions leave even the dumbest of people, well let’s say, dumbfounded. Just yesterday the esteemed anchor person found it okay to joke about two deceased people, and while normally others around him would try to gulp it down, his guest this time Adnan Siddiqui didn’t.

Taking it to Instagram, the actor addressed the controversy Liaquat Hussain stirred yesterday by trying to have a laugh at the expense of Sridevi and Irrfan Khan’s untimely demise.

“So I don’t know how to explain what I am feeling right now or what to say but this needs to go out,” wrote Adnan Siddiqui as he opened up about the viral video clip.

“I was invited to the live chat show “Jeewey Pakistan” yesterday when this unfortunate incident happened,” he continued.

Adnan added that Aamir Liaquat joked about something extremely sensitive and expressed how he found it absolutely not okay. “Not only were they both close to me but also as a human it was wrong on so many levels,” he correctly stated.

The Mere Pas Tum Ho actor went on to add that Aamir’s joke was not only inappropriate but also “show him and me, [and] the entire country in a very bad light”.

“I want to apologize to the families of Sridevi Sahiba and Irrfan Khan Sahab. If you see my body language I was extremely uncomfortable with what he said but I did not want to stoop to that level,” the actor clarified his position as he also apologized for being a part of the show.

“I regret being on the show. I have learned my lesson,” he added in the end as Adnan vowed to not let such a thing happen on his watch again.