The serial is currently being aired in KSA on MBCBollywood. 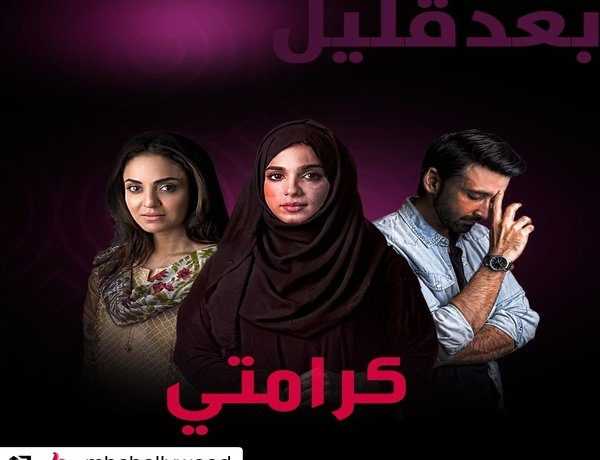 We all know that the Pakistani dramas are loved and liked around the globe. Another milestone has been achieved in this regard. Drama serial “Aisi Hai Tanhai” has become the first ever Pakistani drama to be dubbed in Arabic and has started airing in KSA on MBCBollywood channel.

Lead star Sami Khan has shared the news on his social media, as his drama series dubbed in Arabic kicks off!

Pakistani drama serial Aisi Hia Tanhai first aired on ARY digital Network in November 2017 till March 2018. The series was written by Mohsin Ali and directed by Badar Mehmood. The drama was based on a  story that highlighted how that social media can become a curse for some one’s life and destroy everything. The main cast included Sonya Hassan and Nadia Khan along with Sami Khan.

Aisi Hai Tanhai was produced by Fahad Mustafa along with Ali Kazmi for Big Bang Production. A  proud producer of the highly impacting drama serial, Fahad Mustafa also shared the news on his official twitter account,

tweet
Share on FacebookShare on TwitterShare on PinterestShare on Reddit
Saman SiddiquiAugust 6, 2018
the authorSaman Siddiqui
Saman Siddiqui, A freelance journalist with a Master’s Degree in Mass Communication and MS in Peace and Conflict Studies. Associated with the media industry since 2006. Experience in various capacities including Program Host, Researcher, News Producer, Documentary Making, Voice Over, Content Writing Copy Editing, and Blogging, and currently associated with OyeYeah since 2018, working as an Editor.
All posts bySaman Siddiqui