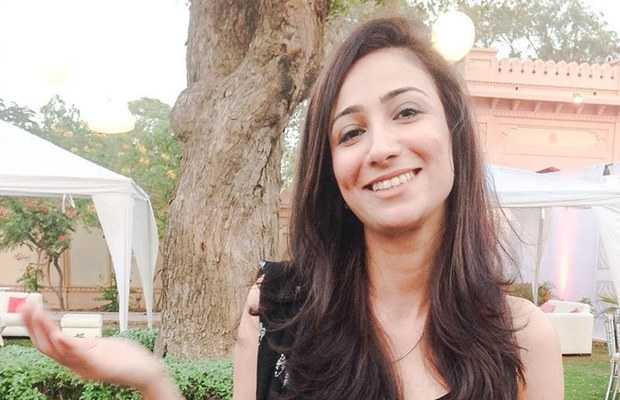 In a world full of people who question the account of sexual assault victims, be like Anoushey Ashraf who is now lending her personal Instagram space to such women and bring attention to the horrors they have survived. ‘Believe Women’ is a week old initiative of the VJ turned TV host who welcomed victims of sexual assault/harassment/rape to come forward and anonymously share their stories.

“Believe Women is a little initiative I’m going to run for awareness through my platform. It’s my little attempt to bring to light REAL stories of harassment/rape/assault women have faced at the hands of some sick-minded individuals so some of us can understand how deep-rooted this matter is,” wrote Anoushey on Instagram.

“THESE stories may cause severe distress to those who’ve been through these experiences so proceed with caution,” she further said while adding, “My inbox is flooded and the stories are heart-wrenching! Some of them so bad that I feel like it’ll be too much to handle if you’ll read it publicly.”

Among the many stories that the actress shared, only one thing was common and that was the victim’s gender. Otherwise, no place, age, time, or setting could or would prevent the monster from doing harm to the victim.

“I was a 6-year-old while I was molested, that too while reading the Quran. It kept on happening for 4 years. I used to skip parts of the Quran soon so I don’t have to go through the process of being molested again and again. It’s been 20+ years to that and I automatically stop at the ayats where my body knows I was molested while reading those,” a girl narrated her ordeal.

“Once I went to my sister’s house where a relative of her husband, who was almost my grandfather’s age, had come over. I was too young to judge or notice his intentions. He held me and started kissing me on my cheeks. Within a few seconds, I felt something wrong because he was almost kissing my lips. I ran and never saw him again in my life. Even told my sister,” another said.

“One day, when I was returning to my hotel after Isha, (it used to be so jam-packed that people used to be neck to neck, and the queue moved very slowly) that I felt someone push me from behind and something hard against my butt. It was a tall guy pushing against me. I shouted at him, kept pushing him away, but he just kept looking away like he couldn’t hear me or nothing had happened,” a victim of harassment during Hajj said.

“When I was 15, I was harassed by a guy in my school who would follow me home, stand under my building, send me filthy texts, and rape threats. I became a neurological patient after that because, like many desi households, I wasn’t able to speak up. I was in therapy, and once on my visit to the hospital, I was molested in the X-Ray room. The series of events broke me. I became mentally unstable – even dropped out of school,” another heartbreaking story was shared.

While we do laud Anoushey for lending support to the victims of abuse, we cannot help but realize that no matter what place, what age, or what situation you’re in. The perpetrators of this heinous act find a way to lurk through and destroy everything.

So next time if you question a victim of what she was doing out late at night as a young beautiful girl, remember there was a 6-year old at her home, a girl at Hajj, a neurological patient in the hospital, and a mother of two children at the motorway.