Many Pakistani stars have reached Toronto to participate in Hum TV awards. 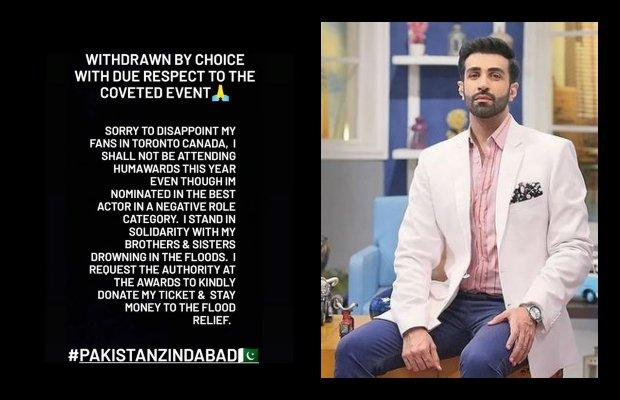 Azfar Rahman backs out of Hum Awards in solidarity with flood victims!

The actor who has also been nominated for this year’s Best Negative Role Category took to social media to announce his decision on Friday.

The actor has also requested the organizers of the event to donate his ticket and stay money to the flood victims.

“Withdrawn by choice with respect to the coveted event,” Azfar said in a statement shared on Instagram.

“Sorry to disappoint my fans in Toronto Canada, I shall not be attending Hum Awards this year even though I’m nominated in the best actor in a negative role category.”

“I stand in solidarity with my brothers and sisters drowning in the floods. I request the authority at the awards to kindly donate my ticket and stay money to the flood relief,” he added. 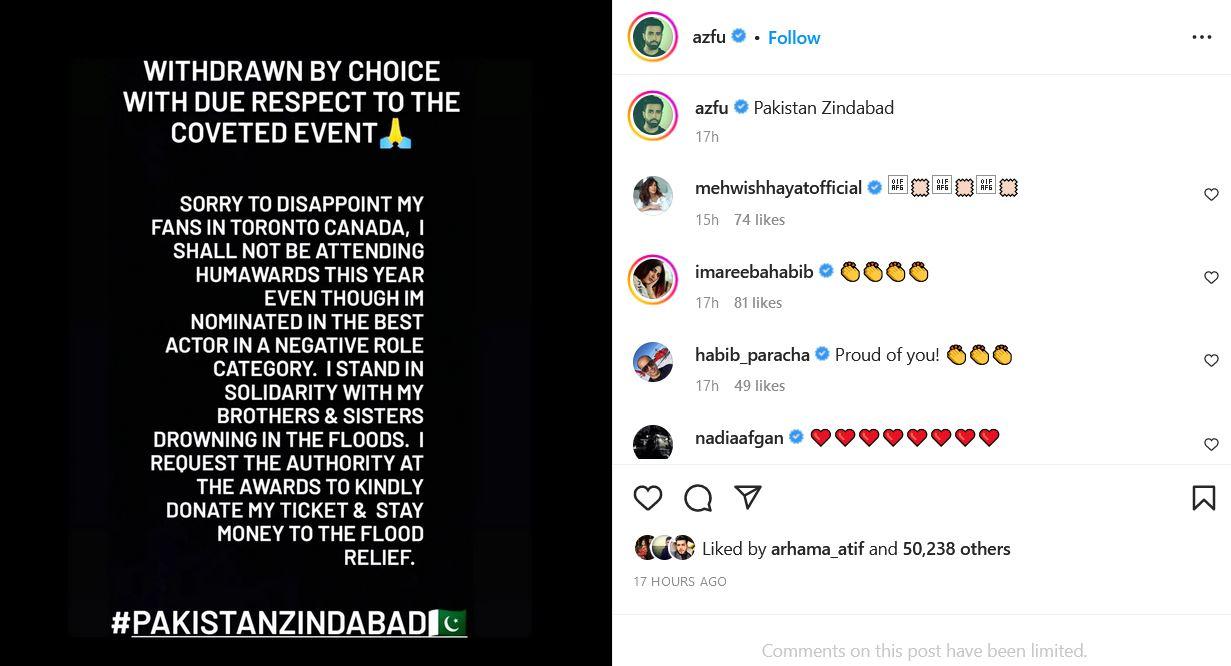 The move from the actor is being lauded by many of the prominent names of the Pakistan Showbiz fraternity.

Mehwish Hayat, Ayesha Omar, Nadia Afgan, and Sadaf Kanwal were many among those who appreciated his decision and replied to Azfar’s post.

Many Pakistani stars have reached Toronto to participate in Hum TV awards.

tweet
Share on FacebookShare on TwitterShare on PinterestShare on Reddit
Saman SiddiquiSeptember 23, 2022
the authorSaman Siddiqui
Saman Siddiqui, A freelance journalist with a Master’s Degree in Mass Communication and MS in Peace and Conflict Studies. Associated with the media industry since 2006. Experience in various capacities including Program Host, Researcher, News Producer, Documentary Making, Voice Over, Content Writing Copy Editing, and Blogging, and currently associated with OyeYeah since 2018, working as an Editor.
All posts bySaman Siddiqui