Bakhtawar Buttho Zardari will wear a recreation of her late mother, Benazir Bhutto’s nikkah dress on her engagement.

The news of Bakhtawar’s engagement has left social media pretty excited as the invitations of engagement and wedding were leaked before the official announcement.

The arrangements for the high-profile wedding event starting from engagement are reported to be in full swing.

The designer assigned for Bakhtawar’s dress in a social media post has revealed the details about the engagement attire.

While sharing a photo of Pakistan’s late former prime minister Benazir from her nikkah day, the designer in an Instagram post wrote, “Congratulations to Bakhtawar Bhutto-Zardari on her engagement, feeling honoured that she wants to recreate Muhtarma Benazir Bhutto’s nikkah jorah designed by #ReshamRevaj. Sharing the picture of the original outfit.” 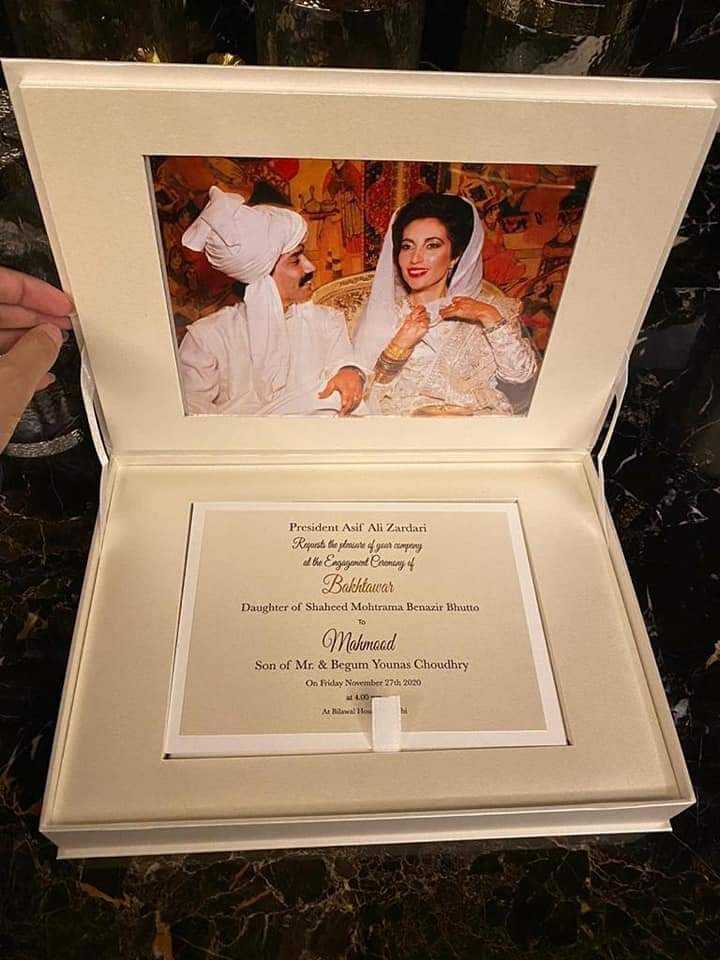 Bakhtawar is going to be engaged with Mahmood Chaudhry son of Chaudhry Muhammad Younus on November 27, 4 PM at Bilawal House, Karachi.