Bollywood mourns the loss after legend Rishi Kapoor passes away

The actor had been battling cancer for one year 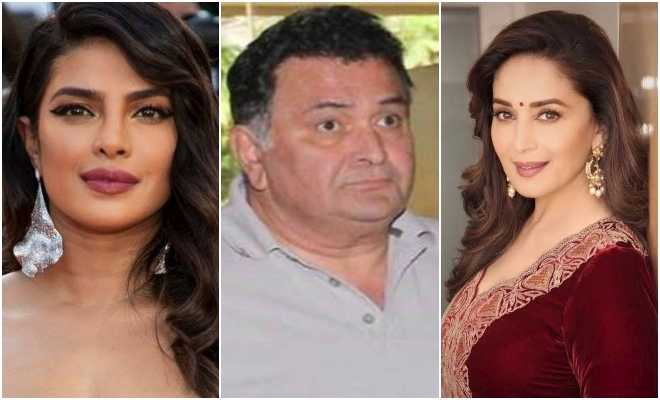 This is indeed a very big loss to the cinema industry. A dark week in the history of cinema all over as the world has lost another big legend,  a superstar, Rishi Kapoor.

According to Indian media, Kapoor, has passed away after a year long battle with cancer. He was 67 years old.

Kapoor’s death, after a day of Irrfan Khan’s passing away has shocked the entire world as the cinema industry reels from the loss of two big superstars.

According to news, Rishi Kapoor had been admitted to hospital om Wednesday morning as he complained of difficulty in breathing, said his brother Randhir Kapoor.

The Bollywood actor returned to India last September after undergoing treatment for cancer in the US for over a year.

Rishi Kapoor debuted in 1970 with the film Mera Naam Joker as a child star. In 1973 he got big recognition as his film as a teenager, Bobby, broke records.

Kapoor was married to yesteryear’s actress Neetu Singh and fathered another Bollywood superstar, Ranbir Kapoor alongside a daughter, Ridhima.

Kapoor’s death has triggered a massive reaction from all over the world as celebrities from India and Pakistan both have been pouring in condolences and expressing grief over the actor’s sad demise.

Here’s what everyone has been saying;

Very very sad to hear about the passing away of Rishi ji. I grew up watching his movies and he was always very gracious when we met over the years. May his soul Rest in Peace.

My heartfelt condolences to Neetu ji, Ranbir and the whole Kapoor family. 🙏 pic.twitter.com/MItdmmSnVz

Our adored Chintu no more. He lived life king size. May his soul rest in peace. Condolences to his grieving family. A fine actor never dies. He lives through his films. RIP#RishiKapoor @chintskap pic.twitter.com/29rX2TnQlu

This cannot be true! Rishi sir was my favourite man,and favourite co-star ever! I still remember being nervous around him in Shuddh Desi Romance. He would put me at ease and treat me just like a friend! Will never forget every advice,every joke he told.❤️ #RIP #RishiKapoor pic.twitter.com/dfIi935I0v

Unspeakable grief. Another legend passes away! Blessed to have worked briefly with #RishiKapoor sir in ‘Aurangzeb’ -a great actor, he was as engaging a ranconteur! An artist whose craft grew & sustained across generations! #RIP sir!
There cannot will not be another like you! pic.twitter.com/IOCcqWS35p

Deeply saddened on hearing about #rishikapoor ji
Yeh khabar sunke bohot dukh ho raha hai. I have such lovely memories of working with him.
Our country has lost a great actor today. May his soul rest in peace. 🙏🏽 pic.twitter.com/aVeKX9etkt

Noo noo rishi ji!!! You were synonymous with life itself!!My legend.. my inspiration.. my most favourite!! You truly lived life ! Will cherish my most precious moments with you.. you were so so kind n warm .apne se.#RishiKapoor .. you in my heart always.bas ya2020. Go away pic.twitter.com/CaAejejF5j

Unbelivable..shocked!! It's really difficult to accept..another dark day for all of us.
It was such a blessing to have worked with you and known you sir.
My heartfelt condolence to the family, may all mighty give stregthn through this difficult time..#RishiKapoor sir #RIP 🙏🙏🙏

I've had the honour of working with Rishi ji. A larger than life person, so outspoken yet so warm. We have lost a brilliant actor today. Still can't believe it.. absolutely heartbroken. My prayers are with the family during this tough time. pic.twitter.com/gFNAXUoxFT

I just remember meeting you a couple of months ago.. So so warm and one of the best evenings of my life with conversations straight from the heart .. Our Deepest condolences to Neetuji, RiddhimA, Ranbir and the entire Kapoor family.. Heartbroken #RipRishiji

Couldn’t even finish writing an obituary of our IRRFAN (RIP friend) and the news of RISHI KAPOOR ji passing away has completely crushed me!! No…this is not happening…it’s too much to https://t.co/4xV3Fqw304 RISHIJI 🙏