“Has anyone told her about Kashmir,” Fatima questioned 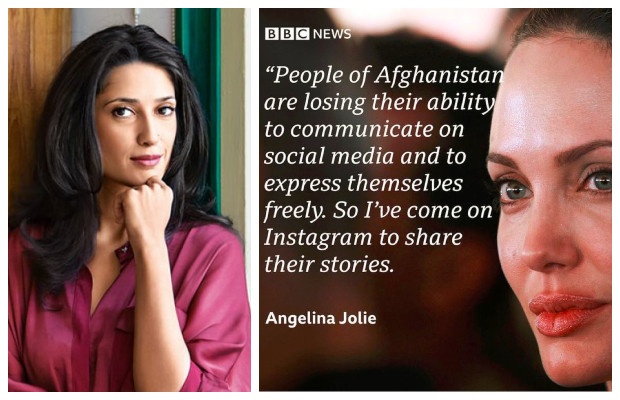 Angelina Jolie made her Instagram debut, highlighting the plight of Afghan women and refugees in the first post.

Hollywood actress, who became a United Nations special envoy for refugee and displacement matters in 2012, shared her first post on the video-photo sharing platform on Friday.

“Judging by some leading feminists and actresses, Afghanistan was a paradise until last week,” Fatima Bhutto remarked on Twitter.


Judging by some leading feminsts and actresses, Afghanistan was a paradise until last week. pic.twitter.com/lZg5OpyIrZ

Teasing the Hollywood actress, in her next tweet Fatima Bhutto wrote: “Thanks so much, do Palestine next.”

Thanks so much. Do Palestine next. pic.twitter.com/MHdx0PtNtv

“Has anyone told her about Kashmir,” Fatima questioned in her third tweet.

(Has anyone told her about Kashmir?) pic.twitter.com/hyhkf5YNj1