At the show, the famous filmmaker was accompanied by Fariha Jabeen and her younger sister, Hina Rizvi. 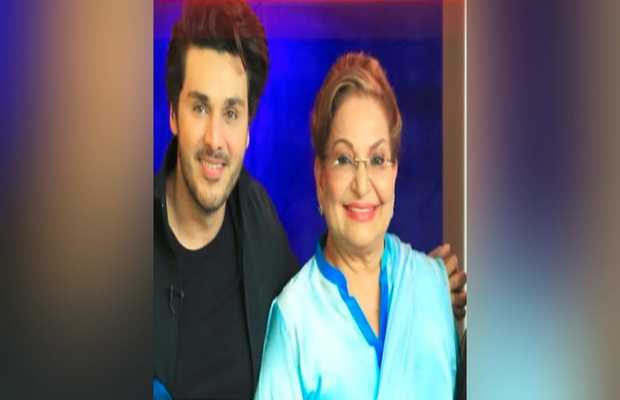 Veteran Pakistani actress and filmmaker  Sangeeta recently appeared in a talk show hosted by Ahsan Khan at Bol Entertainment, where they talked on a variety of subjects including one of those how female celebs should be dressed up for award show saying that they should refrain from wearing revealing clothes.

At the show, the famous filmmaker was accompanied by actor Fariha Jabeen and her younger sister, Hina Rizvi. 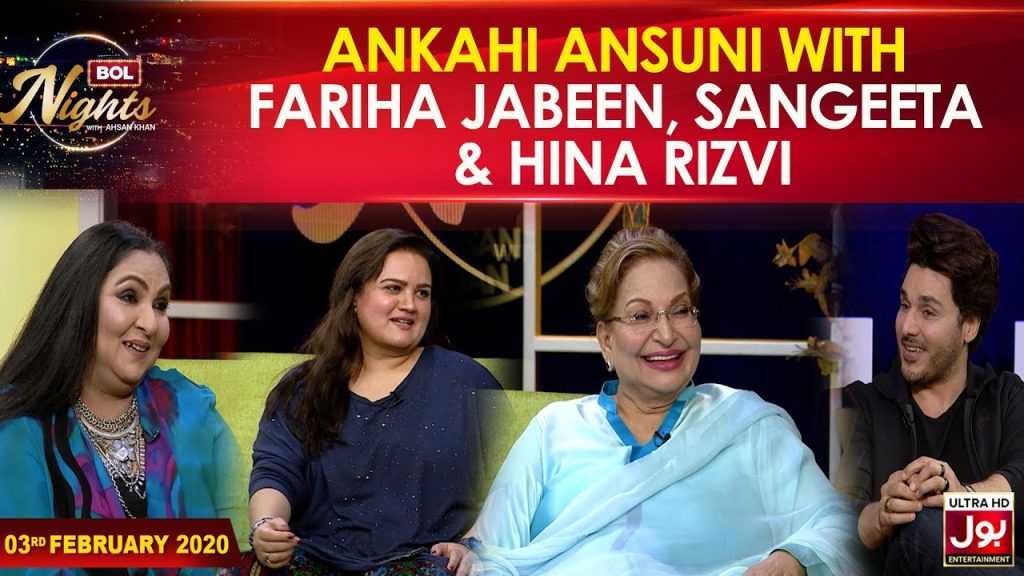 At the start of their conversation, the show host, Khan asked what was the secret behind her evergreen beauty, Madam Sangeeta replied that one should never be jealous of anyone is the key to the beauty adding that the inner satisfaction lies on minding your own business and tolerate everyone happily.

Ahsan Khan, while introducing her to the audience, revealed about  Sangeeta how being a sole parent, the actress not only provided her daughters with good education by sending them to reputable schools but also got them married off into decent families.

The star also told about her journey in the Pakistani film industry saying that she made her debut with Kangan at the age of 12.

“I was the heroine of that film and I didn’t know anything about the world. My parents brought me into the industry and it was nothing surprising then.”

As the conversation proceeded, Sangeeta revealed that she was a strict kind of director adding that she resorted to physical violence with female actors who came late on the film set while narrating a few incidents.

She was further asked whether it’s necessary for female celebrities to dress up in a provocative manner to get roles or become known. To this, Sangeeta responded in negation, advising that, “Acting should be the main concern to land any role.”

She went on to say that during her time in the past era, there would be female costume designers who would make getups according to the demand of the role of the actor.

“These days, however, everyone’s attires are made the same way. I specifically get annoyed when I see women at award shows, why do they copy Hollywood?” asked Sangeeta.

The acclaimed filmmaker also told some dressing tips to the young celebrities saying that they should represent their culture in award shows through their attires.

“You should wear churidar pajamas with long peshwas and dupatta.”

The veteran went on to say that revealing dresses is not a good idea opting for award shows adding that she does not like how women come to award shows wearing short dresses.

“They come wearing short maxis with one leg popping out while showing off their backs. I don’t appreciate women wearing revealing clothes at award shows, you’re leaving your own culture to follow others… this is not the way to go,” said Sangeeta.

While revealing her favorite female actors, Sangeeta said that Sajjal Ali, Ayeza Khan, and Hira Mani are doing a good job in acting.