Fiza Ali sustains injuries after falling during a video shoot

The accident occurred on Sunday 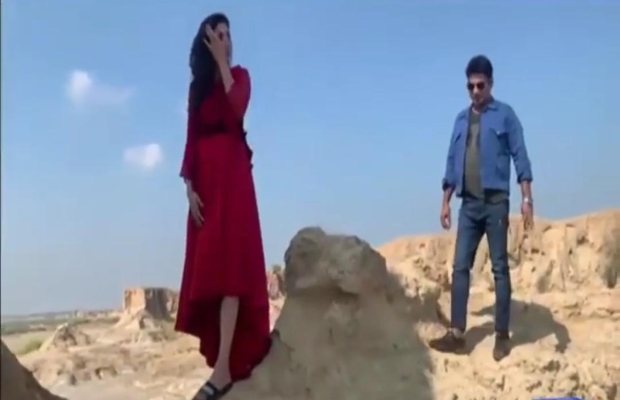 Fiza Ali sustains injuries after falling during a video shoot!

As being reported, the actress-model turned host was shooting a music video along with singer Malkoo for his upcoming song in a desert near Kasur.

The accident occurred on Sunday at Dhala Kalan village in the limits of Khudian police station, some 25 kilometers from Kasur.

A video clip of the incident is now doing rounds on social media.

Fiza can be seen standing on the mound, apparently, her foot slipped and she fell below.