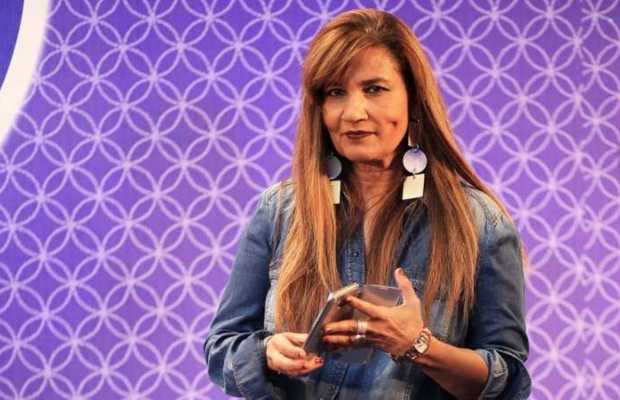 As reported earlier Lollywood actress was discharged from a mental hospital in the US against $50,000 bail.

However, the fashion guru found the situation interesting as she shared a joke on Mera’s condition while doing yoga with a couple of friends and yogis.

The video clip is now doing rounds on social media and a number of netizens came forward criticizing Frieha Altaf’s act of cracking a joke on someone’s condition.

But her stunt went terribly wrong as many called out the former model for her “insensitive” and “callous” remarks for Meera being institutionalized and laughing about it.

And none of these ‘educated, enlightened yogis’ stopped @FriehaAltaf from cracking this disgusting joke? Did they all REALLY find it funny to publicly make fun of someone’s mental health or is their life a high school where you bully to be part of the cool kids? pic.twitter.com/wFaUhTwvWu

There is just one story about this on her Instagram. It is her announcing the news of Meera’s being admitted in a psychiatric facility. And laughing about it. Nothing else. Self explanatory I would say.

Pathetic! Disgusting! Mental illness is not about 'Paagal ho jaana'. This is a huge misconception prevelant in our part of the world. People fear talking about their mental issues fearing social stigma. Couldn't this be one of the reasons that they end up choosing suicide.

I am sick to my stomach at this. Imagine the sheer privilege of sitting on a yoga mat in northern Pakistan with your elitist friends and doing this. And everyone laughing along because mental health is so funny, na hee hee hee.

Frieha Altaf is like every other person we come across who will tell everyone to ‘look out for friends’ and ‘be there for people’ when they hear about somebody with mental issues but will poke fun of the same thing in their circle and call it light humour.

This is not the first time that Frieha Altaf landed in trouble for passing insensitive comments.

Veteran model and PR queen also came under fire for once mocking people for their different attire at the Benazir Bhutto International Airport in Islamabad.

And after the social media backlash, she had to apologize for her inappropriate behavior.